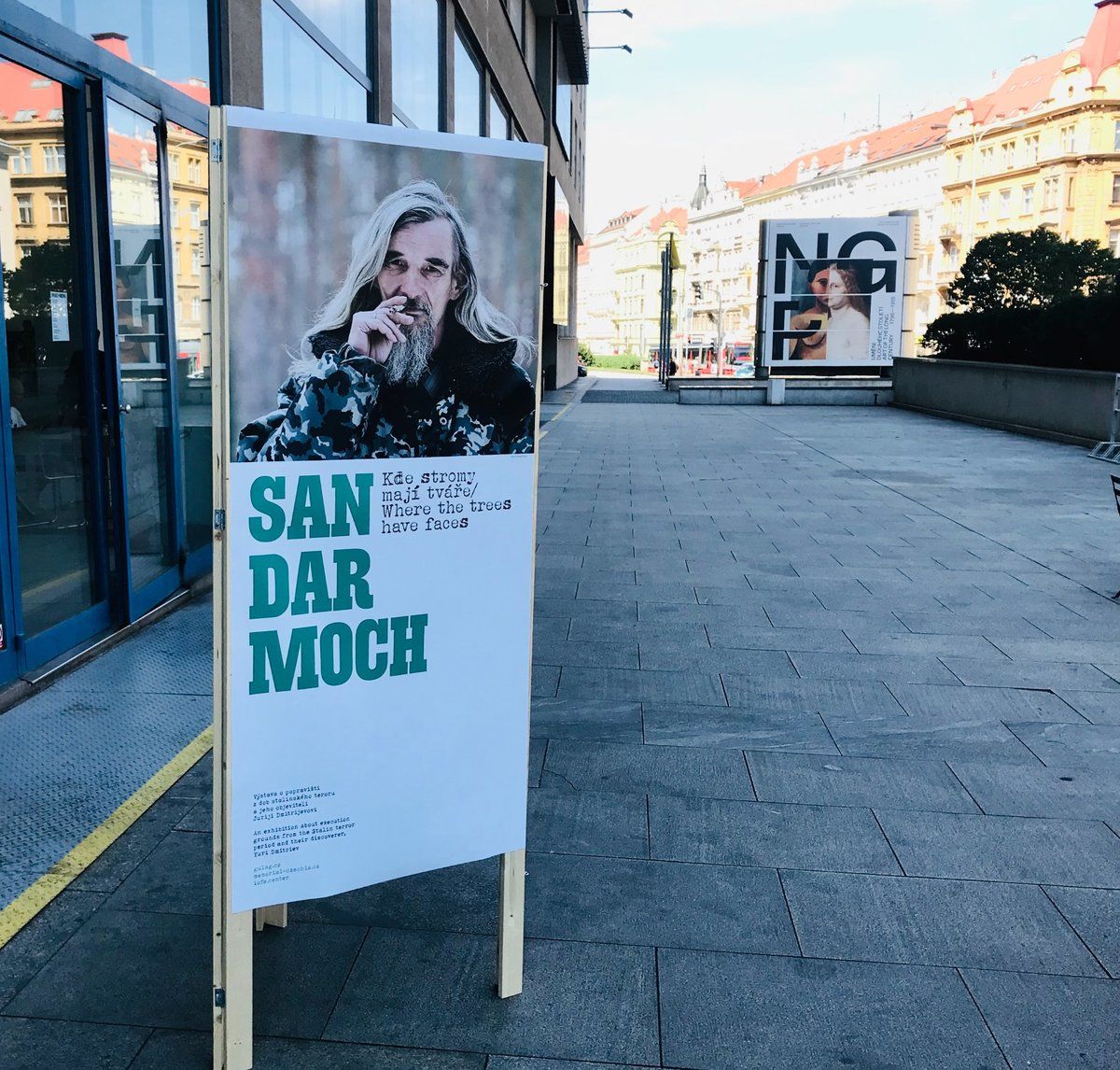 Press release by Gulag.cz and Czech Memorial.
The exhibition Sandarmoh - where the trees have faces will be opened at the Regional Scientific Library in Liberec from 18:30 on Monday, November 7, 2022. The exhibition is dedicated to Sandarmokh, a forest massif in Russian Karelia where thousands of victims of Stalin's Great Terror were executed. It also tells the story of Sandarmokh discoverer Yuri Dmitriev who is now imprisoned by the current Russian regime.

The exhibition includes works of art made mostly by Russian authors. It also includes Yuri Dmitriev’s personal belongings used during his research expeditions and his finds from the uncovered mass graves. Visitors will have an opportunity to learn in detail about the history of Sandarmokh, including a strong Czech trace (six Czechs were killed in Sandarmokh). For the first time ever, the exhibition will also show documents regarding several Ukrainians who lived and worked in Czechoslovakia in the 1920s, then returned to their homeland and were arrested and executed in Sandarmokh.

The event will be opened at 18:30 by Dana Petrýdesová, Director of the Regional Scientific Library in Liberec, and Štěpán Černoušek, Chairman of the Gulag.cz organization and the Czech branch of the Memorial society. The guests of honour at the opening will be Boris Belenkin, Director of the Memorial Library, and Květa Vinklátová, Deputy for Culture, Heritage Care and Tourism of the Liberec Region. The opening remarks will be followed by a guided tour.

The exposition includes an exhibition of works of art inspired by the theme and its overlap with the present. Seventy artists from different countries have responded to the open call launched by Gulag.cz, and artists from Russia have shown a very strong interest in this idea. It shows that the idea of coming to terms with one's past is all the more relevant in light of Russian aggression in Ukraine. "Not everyone in Russia believes what the official state propaganda presents to them and, regardless of possible repression, they feel the need to express their frustration publicly," says one of the authors of the exhibition, Štěpán Černoušek.

In addition to Russia, artists from Ukraine, Czechia, Estonia, Poland, Germany, Slovakia, the Netherlands and the USA have submitted their works. An expert jury headed by curator Michal Pěchouček selected 38 works to become part of the exhibition, and a part of them is displayed at each stop of the exhibition. These works will be auctioned off in a public auction after the exhibition and the proceeds will be donated to humanitarian aid in Ukraine.

The exhibition can be seen at the Regional Scientific Library in Liberec from 8 November 2022 to 10 December 2022.