A joint statement by Post Bellum (a project of the Memory of Nation), Gulag.cz, Czech branch of Memorial and Političtí vězni.cz

We are shocked by the decision taken by the Court of Appeals in Petrozavodsk, northwestern Russia, that increased Yury Dmitriev’s sentence and sent him to a maximum-security penal colony for 13 years. We have the highest respect for Mr. Dmitriev’s work as a scientist. He belongs among the few historians that have not been intimidated, who have continued to defy Putin’s regime and uncover the dark moments in Russian history and places connected with communist crimes in the USSR. We consider the humiliating accusations that had been refuted by courts in the past absurd and aimed at destroying the reputation and work of this respectable man of integrity. In line with Memorial, the Russian NGO, we consider Yury Dmitriev a political prisoner in Russia.

We would like to thank Czech Minister of Foreign Affairs Tomáš Petříček, who said the court’s decision was scandalous. Unfortunately, this was a rare case of support for Yury Dmitriev by a Czech politician or public figure. We beseech and beg them to not stand quietly by and tolerate such suffering and injustice but to defend the Russian historian.

In the past, also in Czechoslovakia political prisoners and persecuted dissidents were denigrated and accused of made-up crimes and needed international support that they received from top-tier western politicians. It is our duty to stand by those whose rights have been violated so blatantly.

We, Post Bellum (a project of the Memory of Nation), Gulag.cz, Czech branch of Memorial, Političtí vězni.cz hereby declare our support for Yury Dmitriev! The many years of work during which he has built a dignified memorial at the site of mass executions of thousands of people of different nations, including Czechs, does not only contribute to the understanding of the dark Soviet past, but also to settlement and reconciliation between nations. This is another reason why we want to propose Yury Dmitriev for a Nobel Peace Prize.

We welcome all people who share with us this belief. Thank you.

We have also organized the event Research Repression, Experience Repression: The Case of Yury Dmitriev. 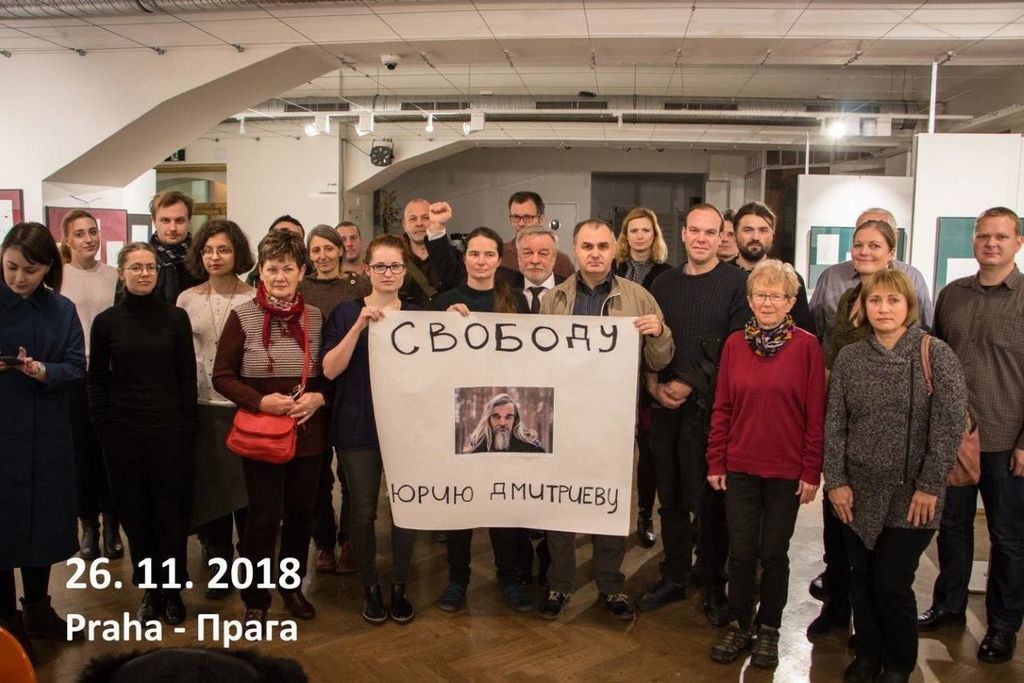