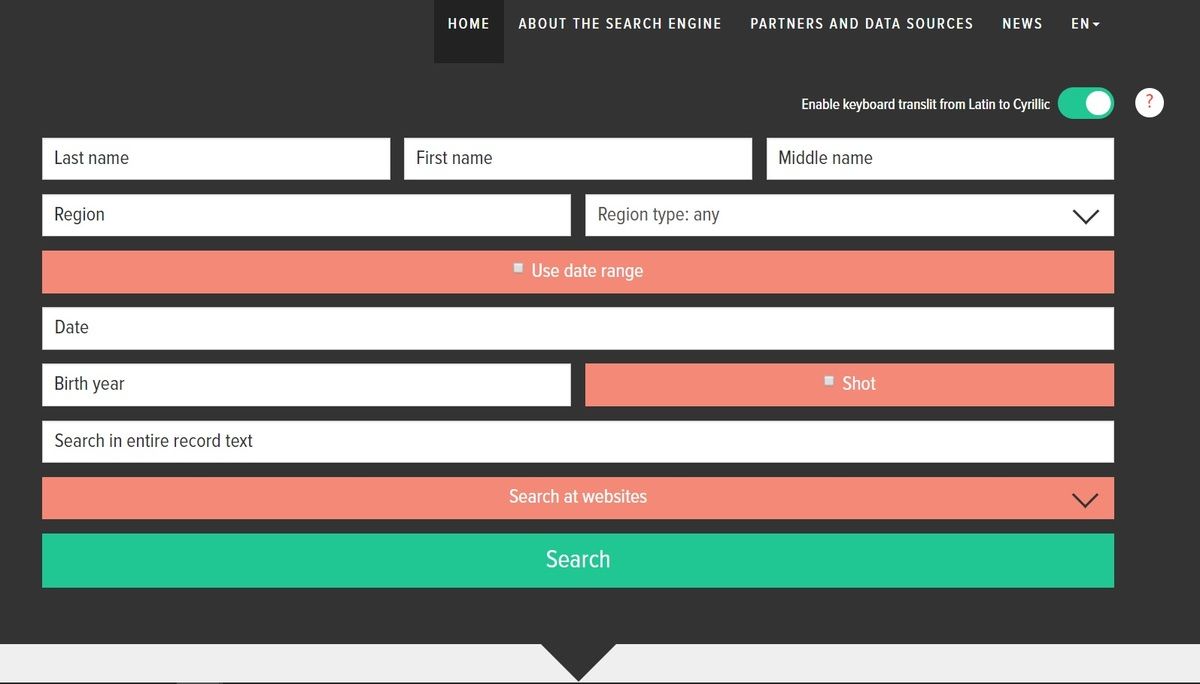 At http://www.memsearch.org/en/, a new search engine has been launched to facilitate the search for information about Soviet repressions. This is a joint project of the Czech Association Gulag.cz and two Russian organizations: the International Memorial in Moscow and the Memorial Association in St Petersburg, which contains data from eight different sources.

Thanks to years of work by the Memorial association and other organisations, extensive databases of the victims of political repression in the USSR and places linked to those acts of repression are now available. Individual databases are gradually being made public and updated within the framework of various projects. However, many of them are not yet connected to one another. The aim of this search engine is to make access to selected databases simpler by making it so they do not need to be visited on an individual basis. It is now possible to search simultaneously in all sources connected to the search engine according to name, place or date, or on a full-text basis. The results then bring up the individual databases that contain the searched for expression.

The database is intended for both historians and researchers and the general public, not only in the former USSR but also abroad – Soviet repression also affected thousands of citizens of other countries where descendants or those interested in history frequently do not know where to look for information. For that reason the search engine offers the choice of transliteration from Latin to Cyrillic when queries are entered using English descriptions.

base.memo.ru – database of the victims of political repression with over three million entries

topos.memo.ru – Это прямо здесь (It is right here) – database of places in Moscow linked to repression

http://old.memo.ru/history/nkvd/gulag/maps/ussri.htm – overview of individual administrations of correctional labour camps in the USSR

mapofmemory.org – necropolis of terror and the Gulag