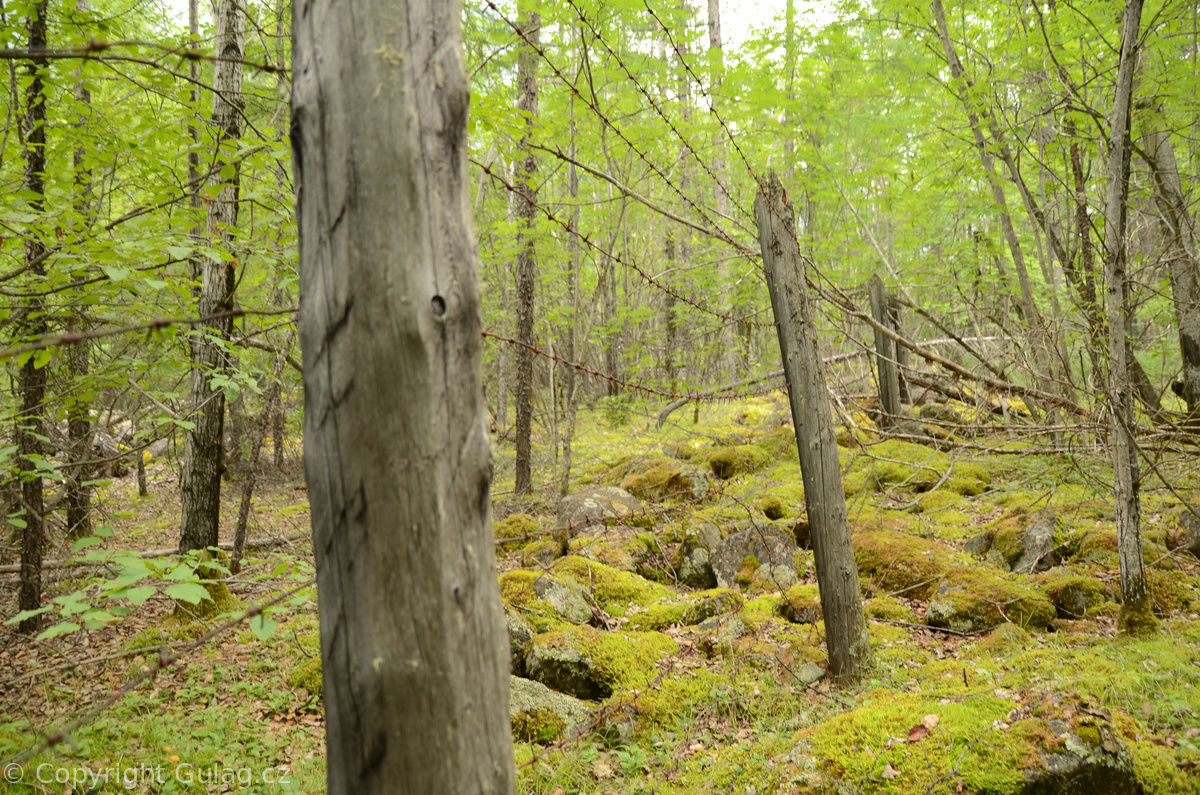 This camp, which has a trapezoid layout, is located around 10 kilometres downstream from the Marble Gorge on the left bank of the Middle Sakukan River. It is the best-preserved of a number of auxiliary camps in the valley, of which only faint traces remain today.

In close proximity to the camp there was also a processing plant for uranium ore, which was transported to the camp from the Marble Gorge. A large building featuring massive pieces of concrete that served to embed processing equipment was supplemented by several canals and other ground structures of unknown purpose leading to the river. On the southwestern edge of the camp one can find the standing remains of a high structure (likely from some facility such as an electric power station), which a double gate also leads toward. In the camp there was also a sawmill (the best-preserved building), which was used to produce wood from the surrounding forests for use in construction and heating at other camps. Nearby there is a large ramp used for loading the material onto trucks. Alongside the preserved processing plant and sawmill one guard tower is preserved in the north-eastern corner of the camp. Only devastation remains of the other buildings inside the camp, which were mainly around 6.5 by 9.5 metres. It is not possible to determine with total certainty the purpose of the individual buildings. However, there is one exception in the form of a group of buildings in the centre of the camp whose ruins include clear bunkbed structures, some of which even have tin name tag holders – this was a prisoners’ barracks. 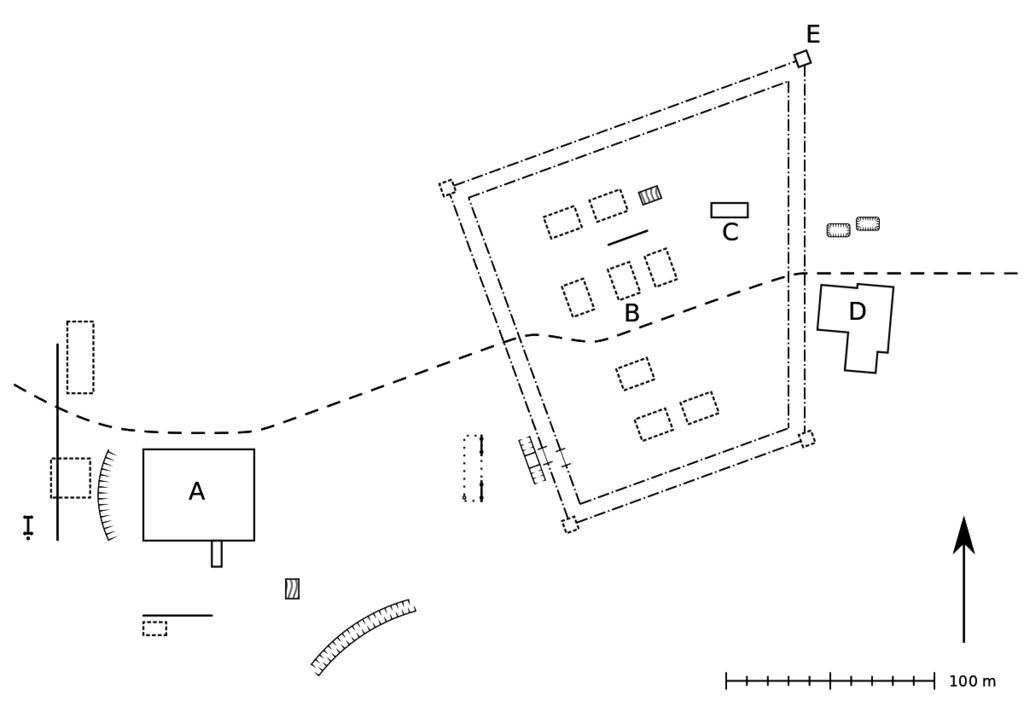 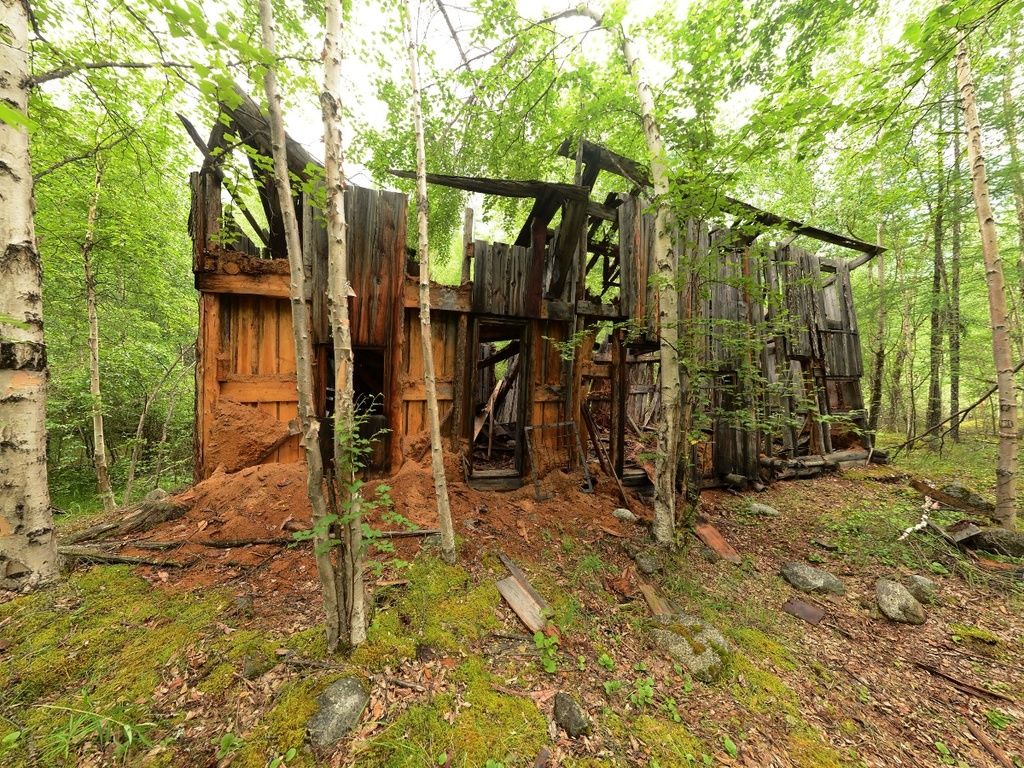 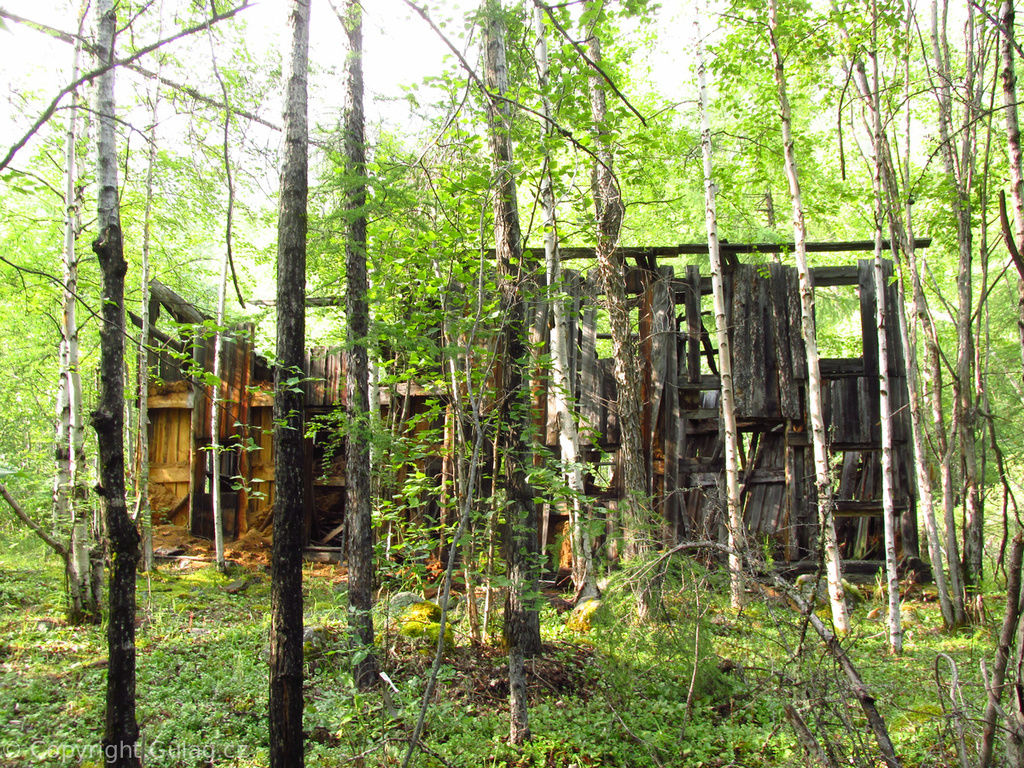 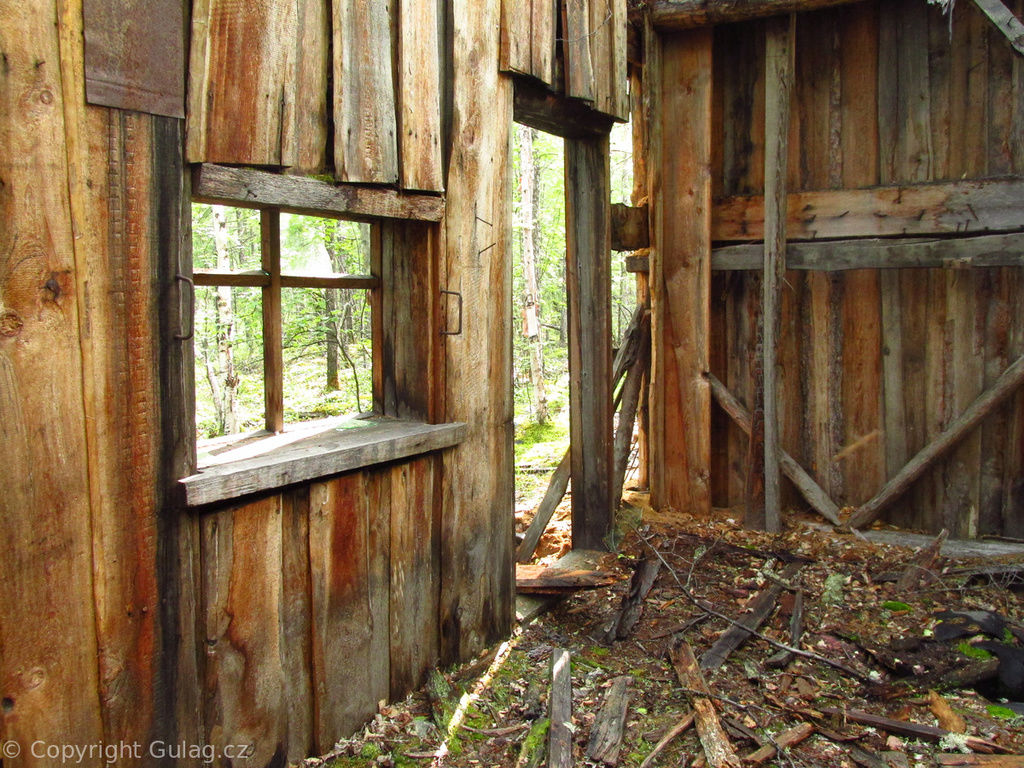 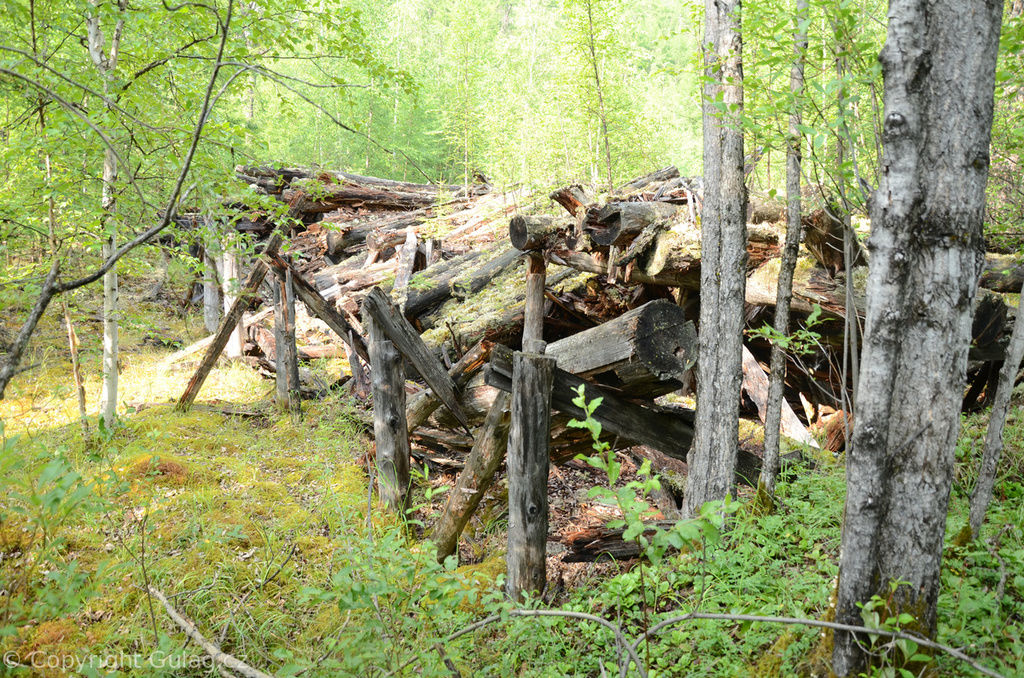 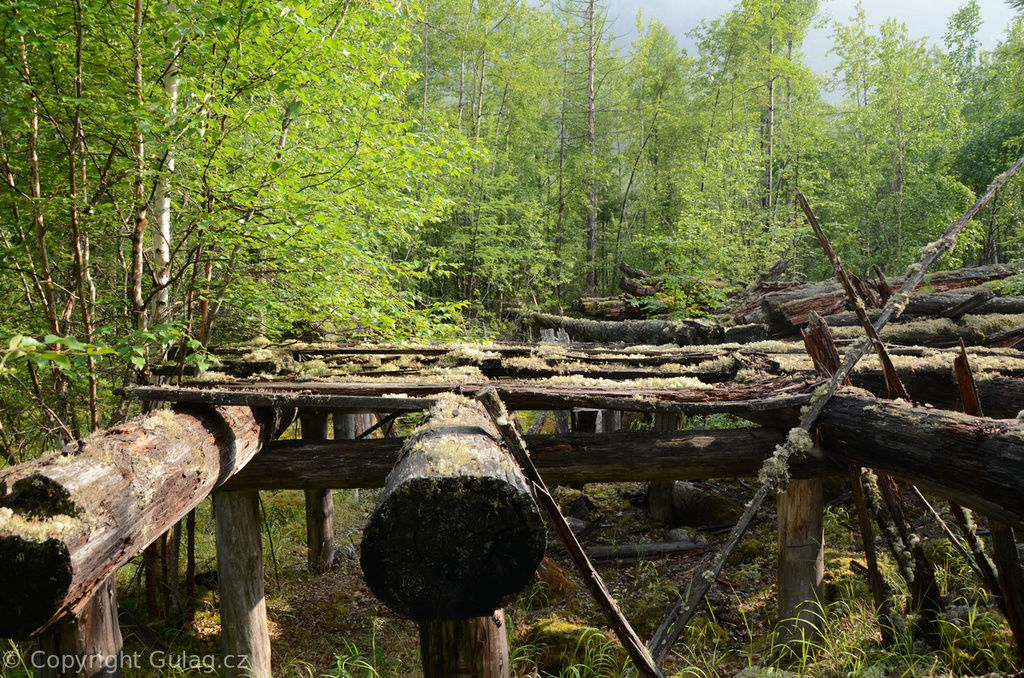 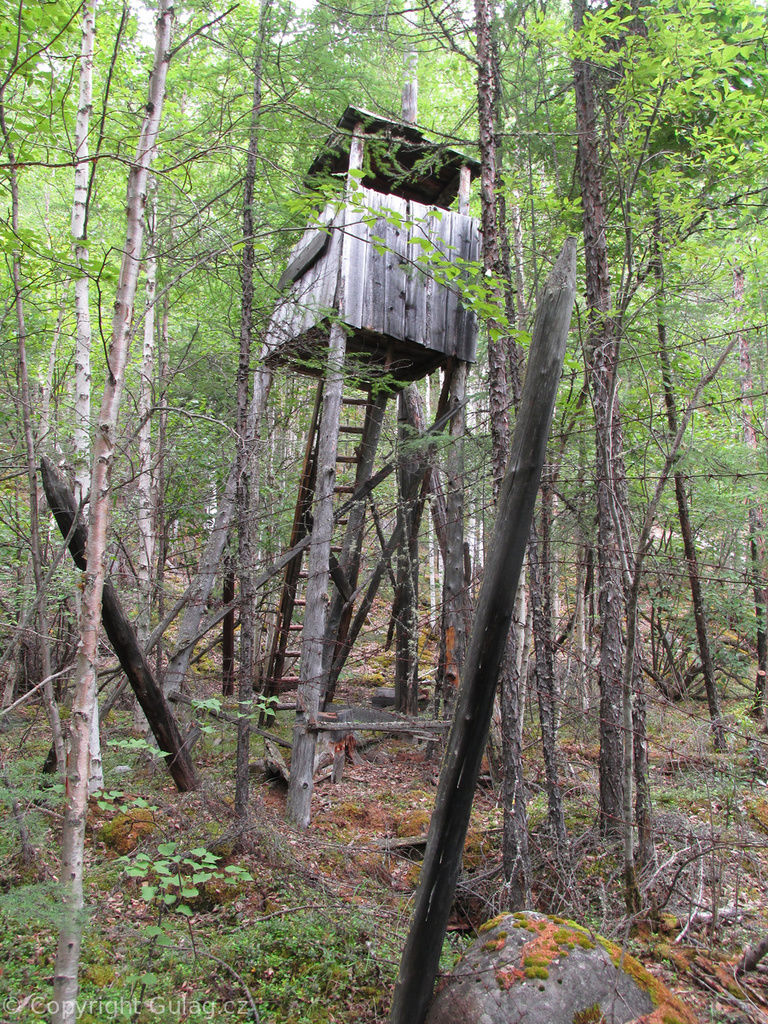 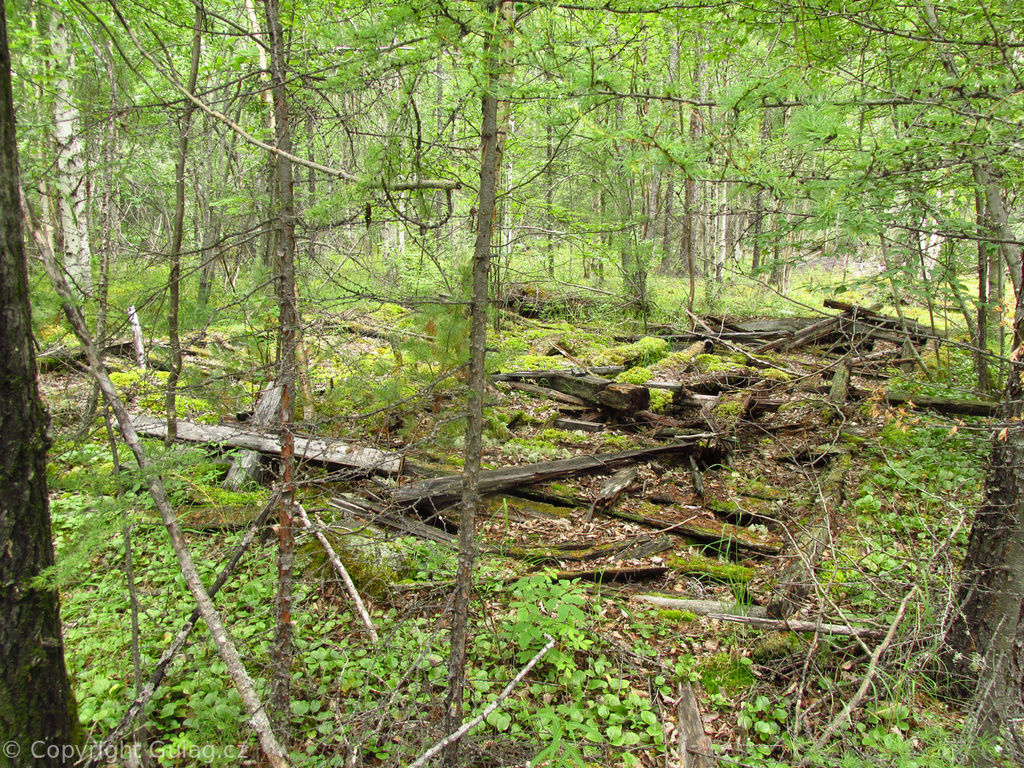 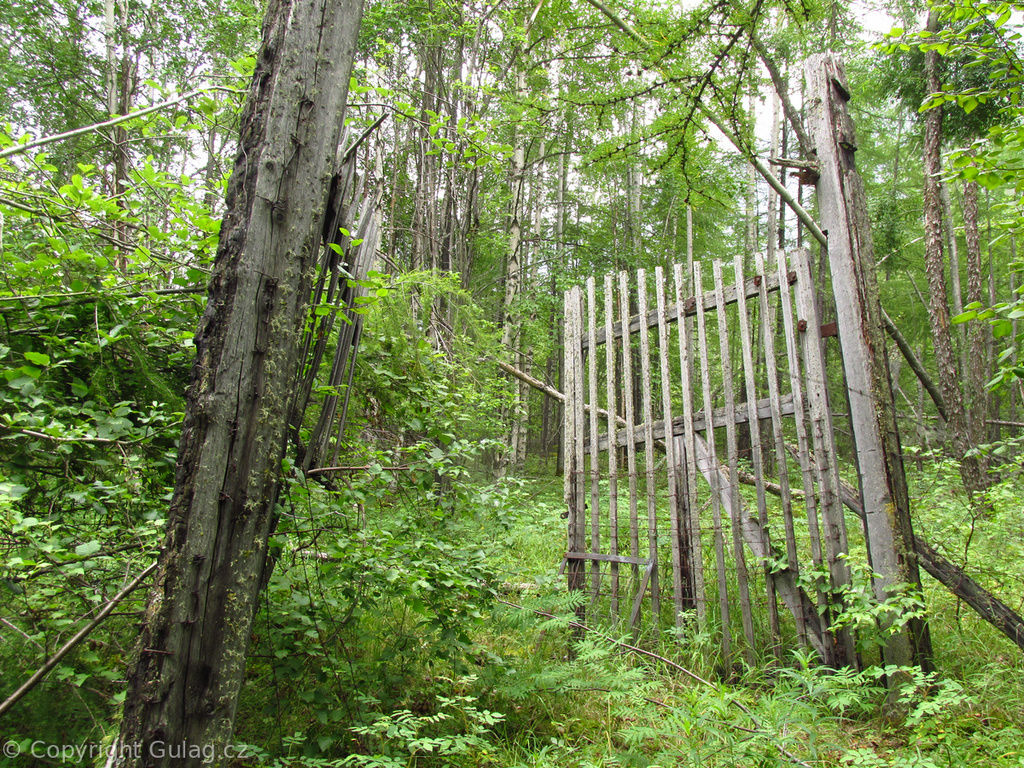 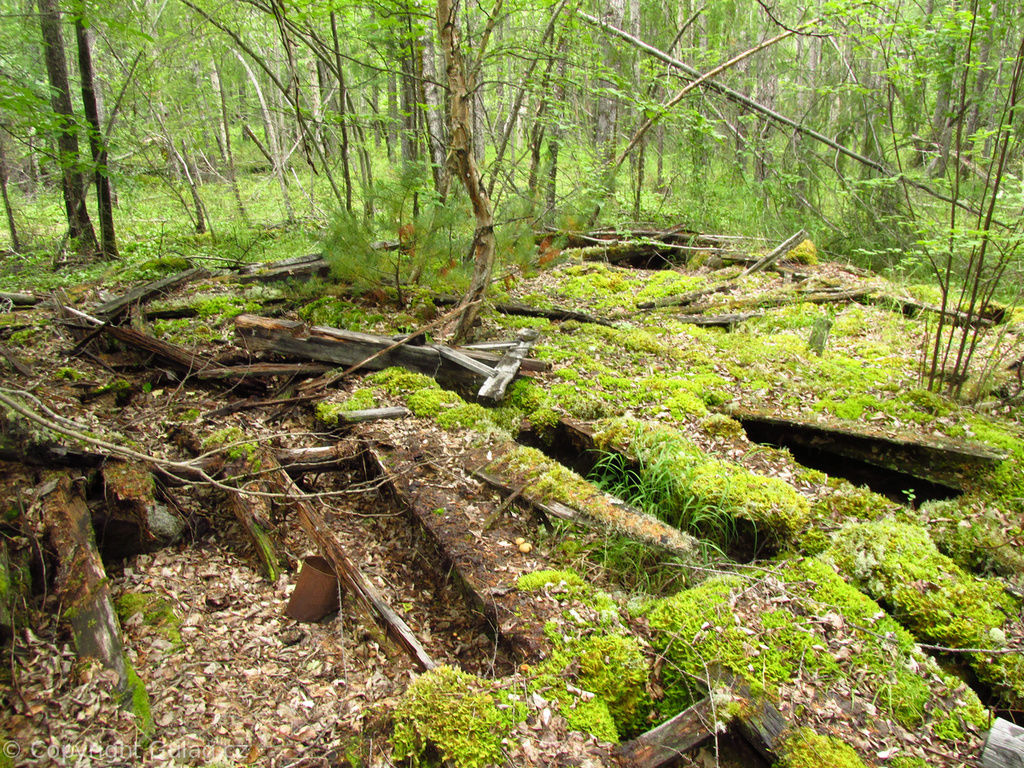 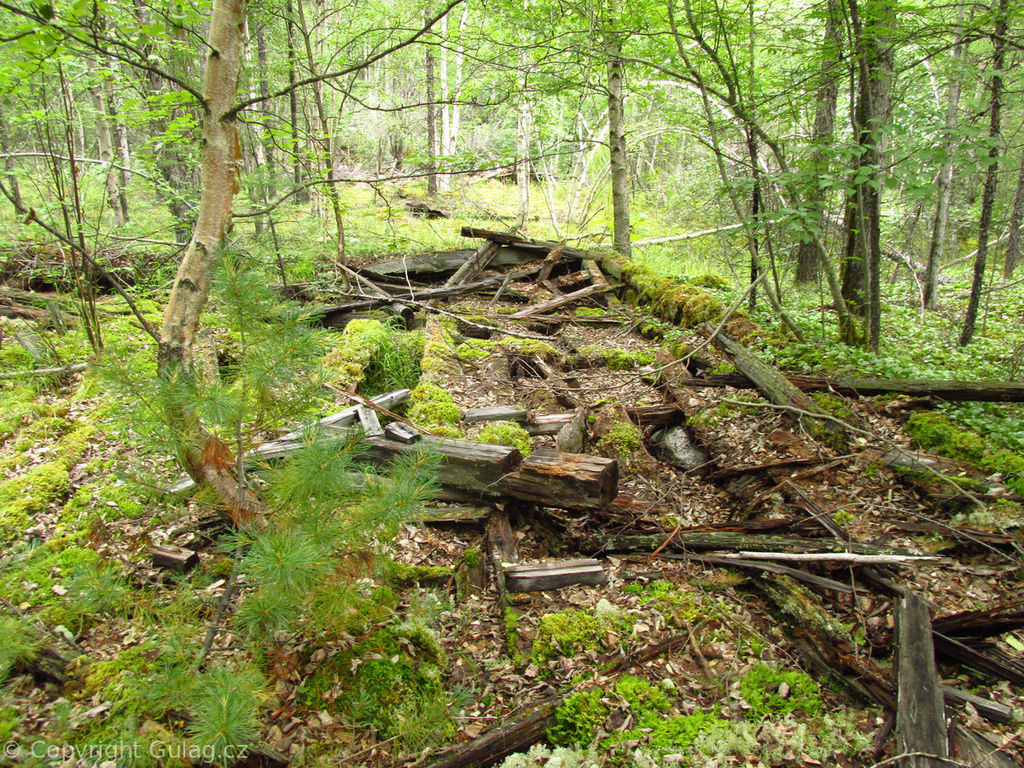 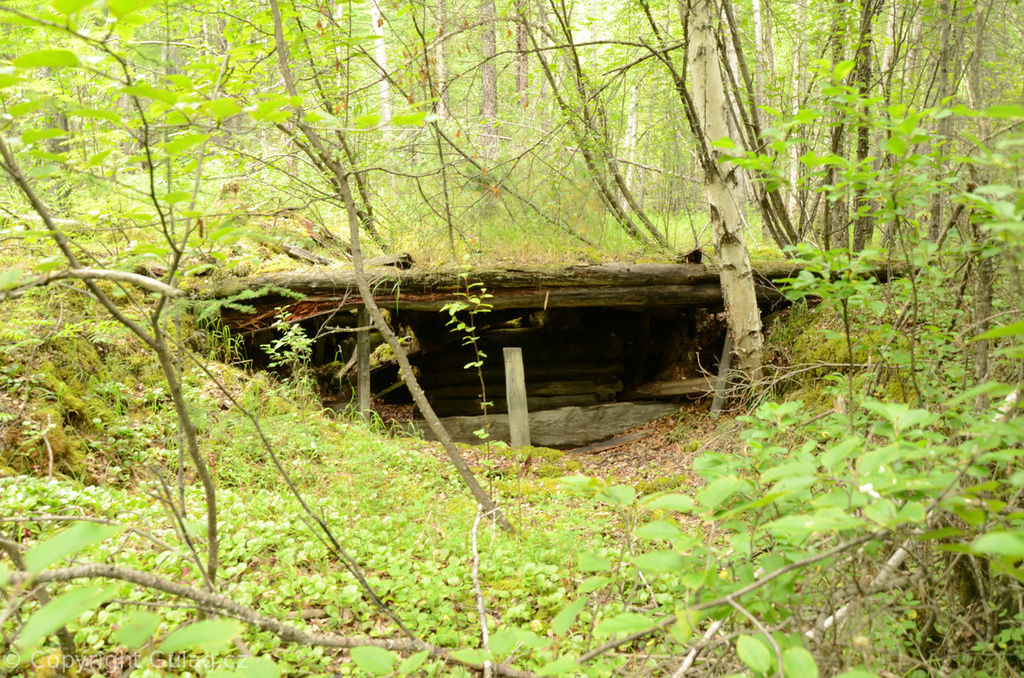 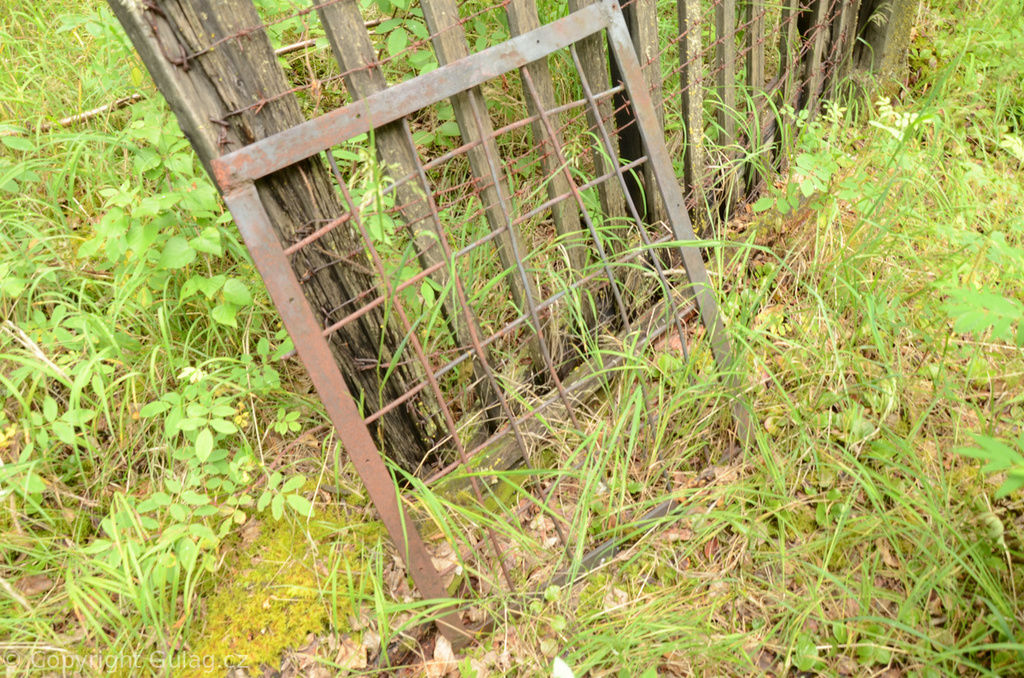 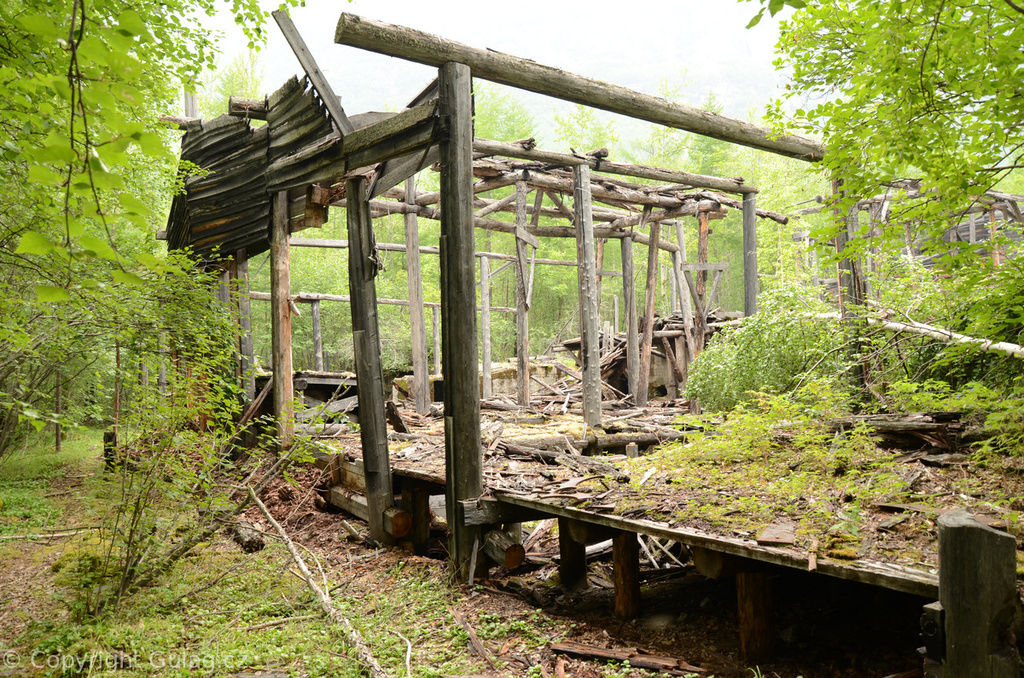 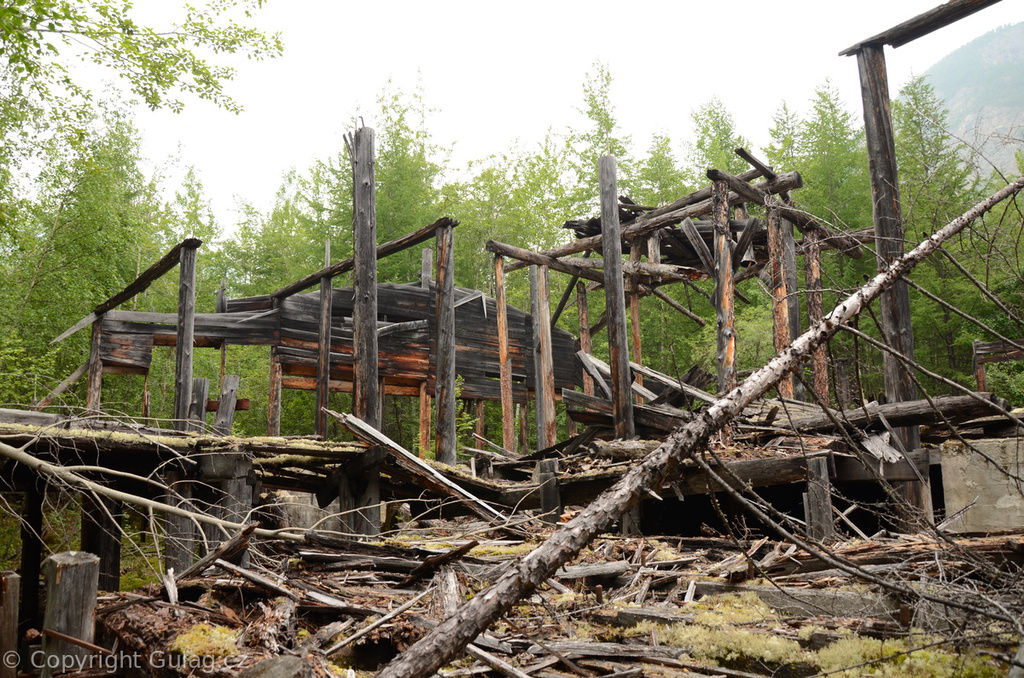 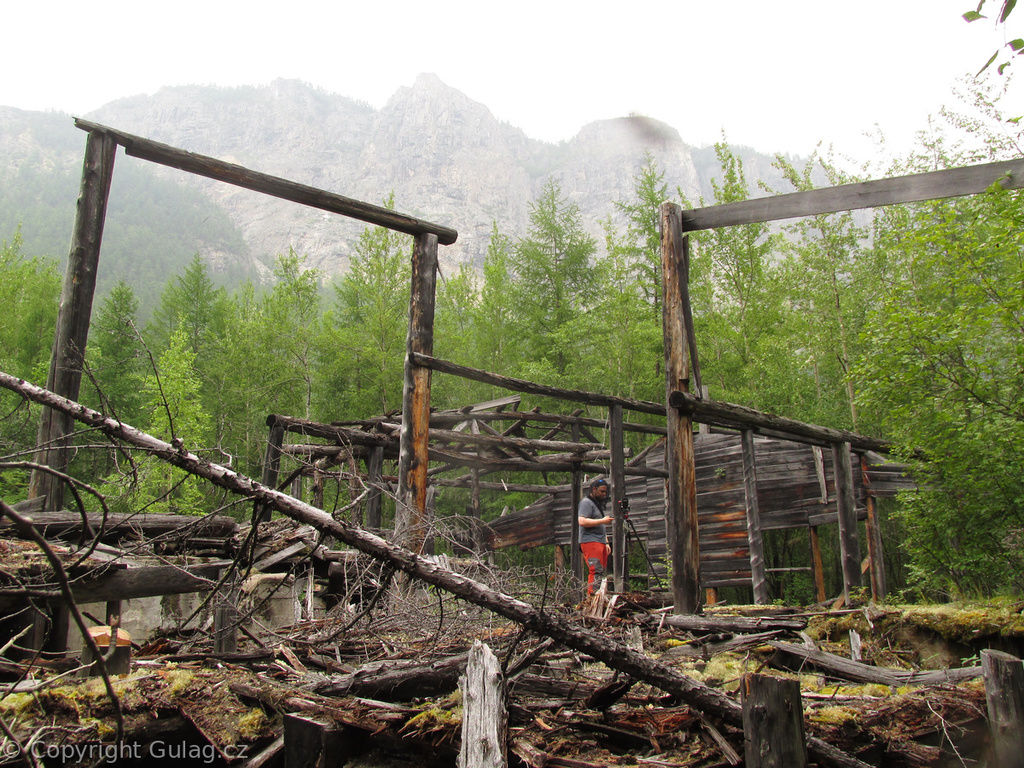 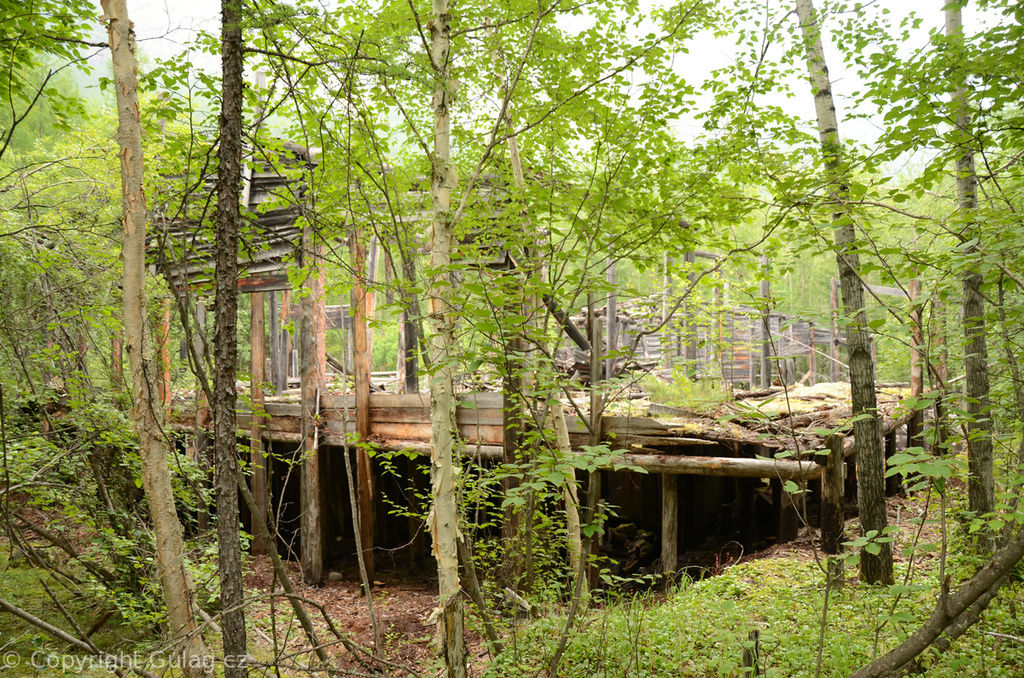 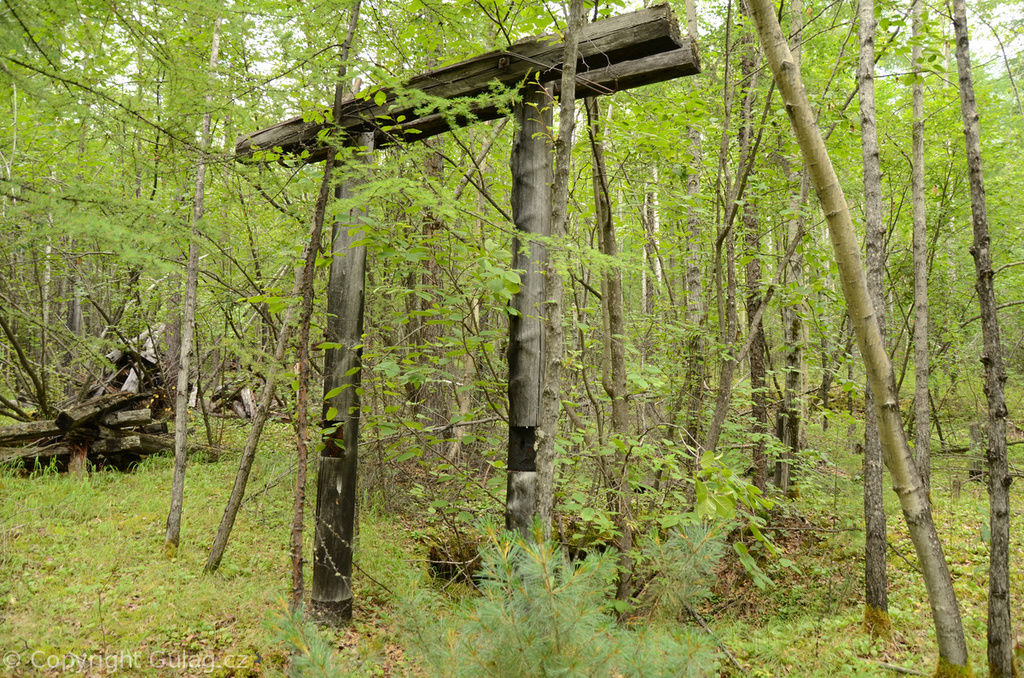 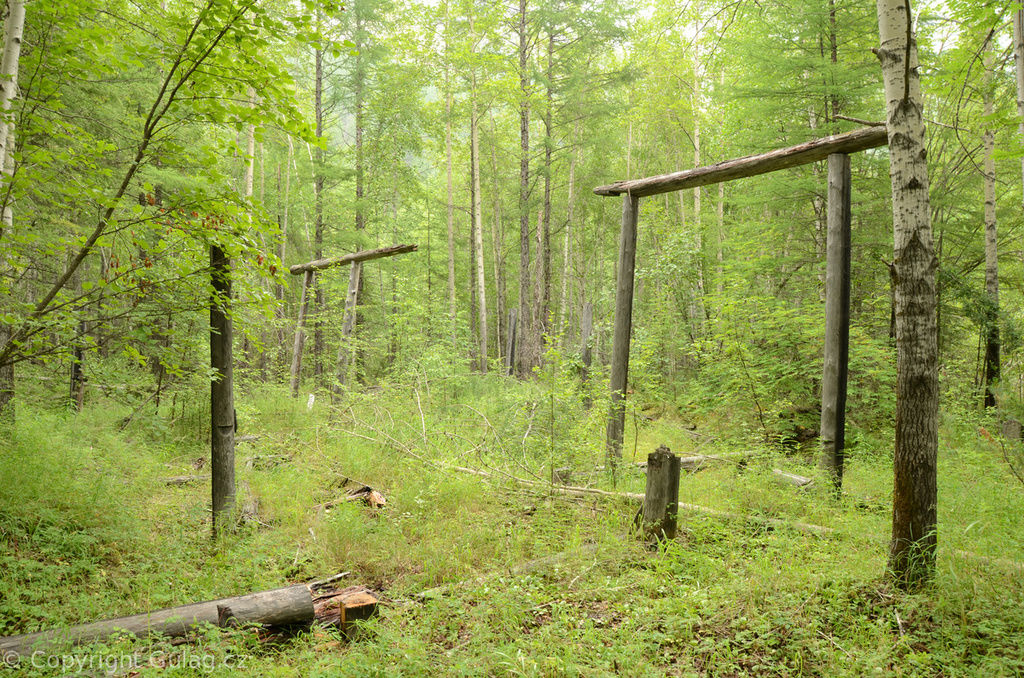 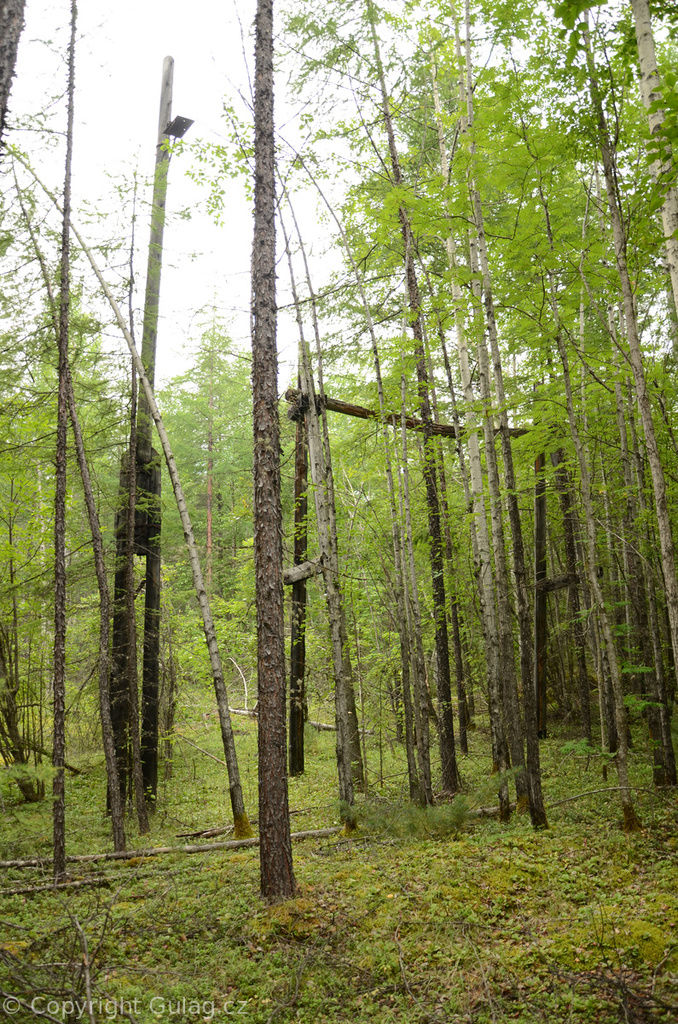 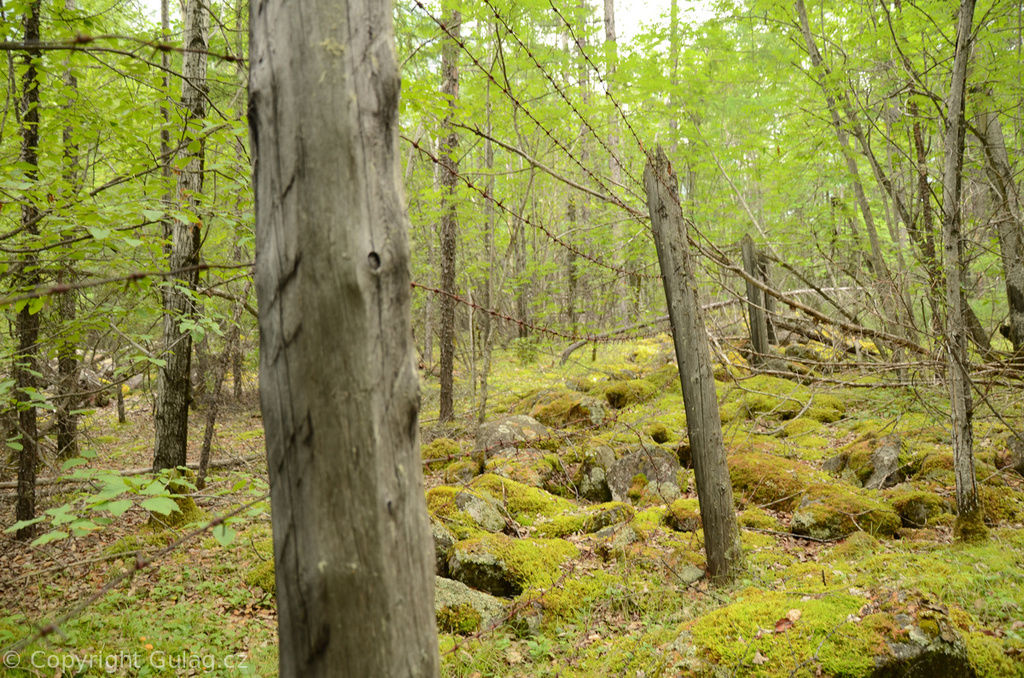 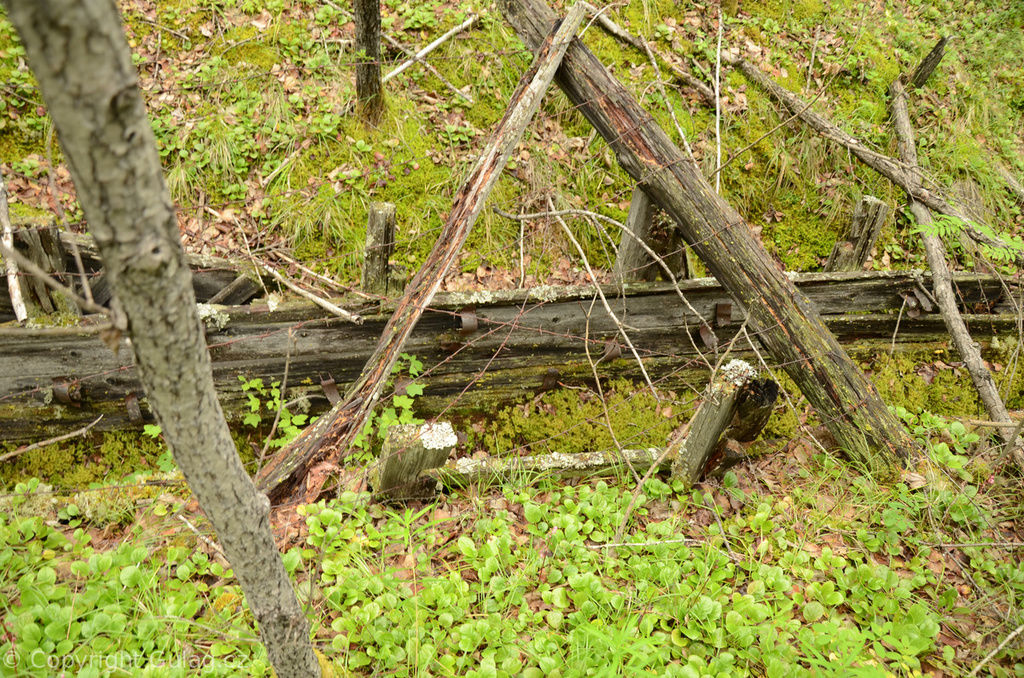 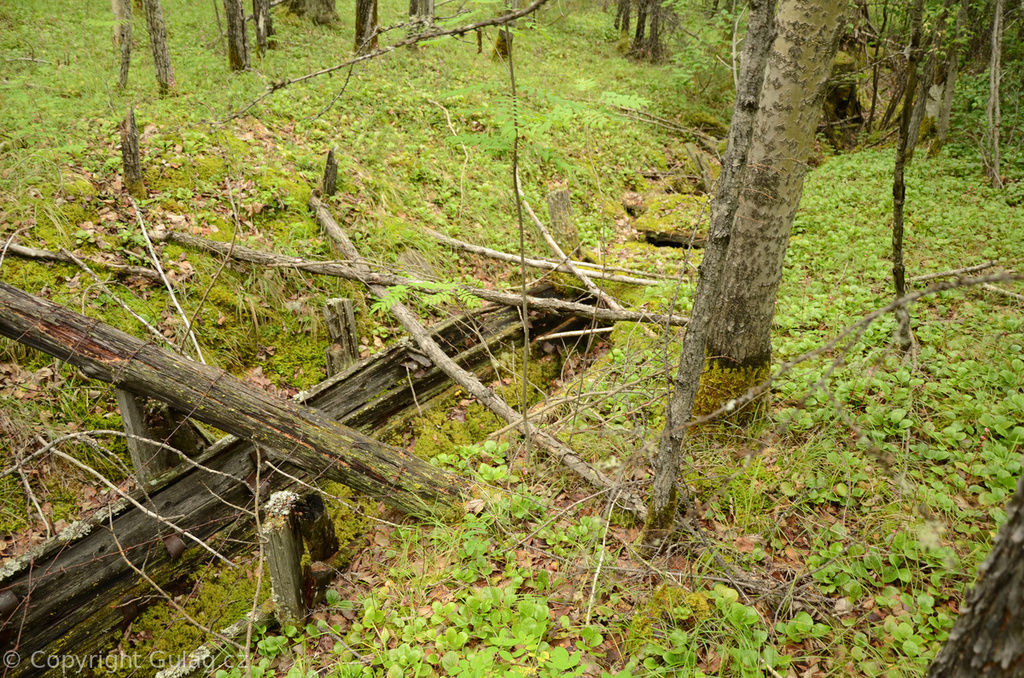 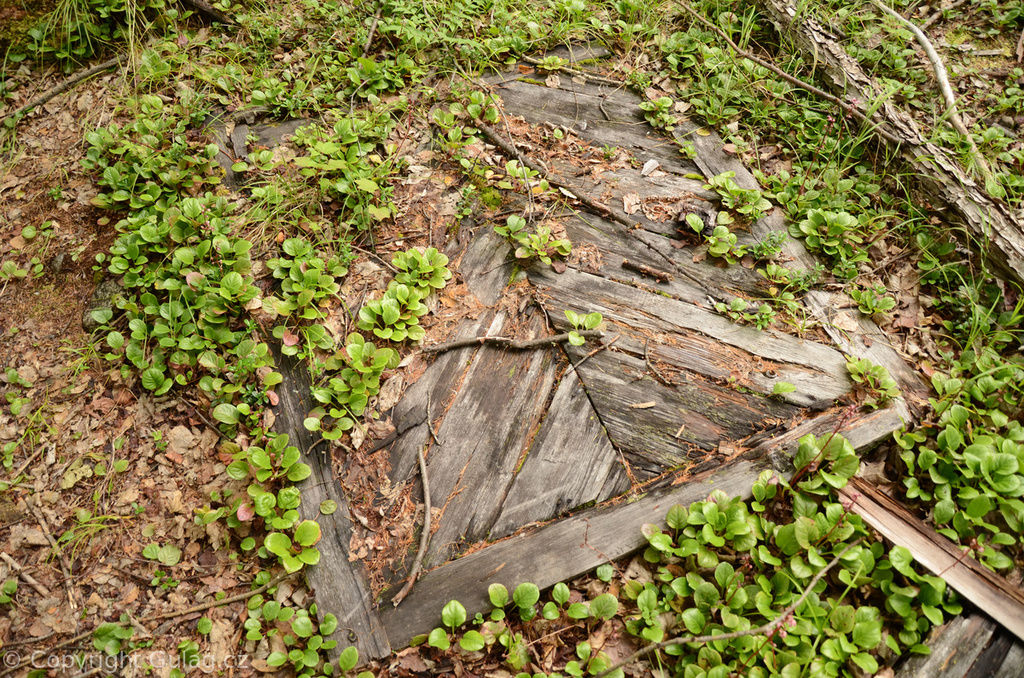 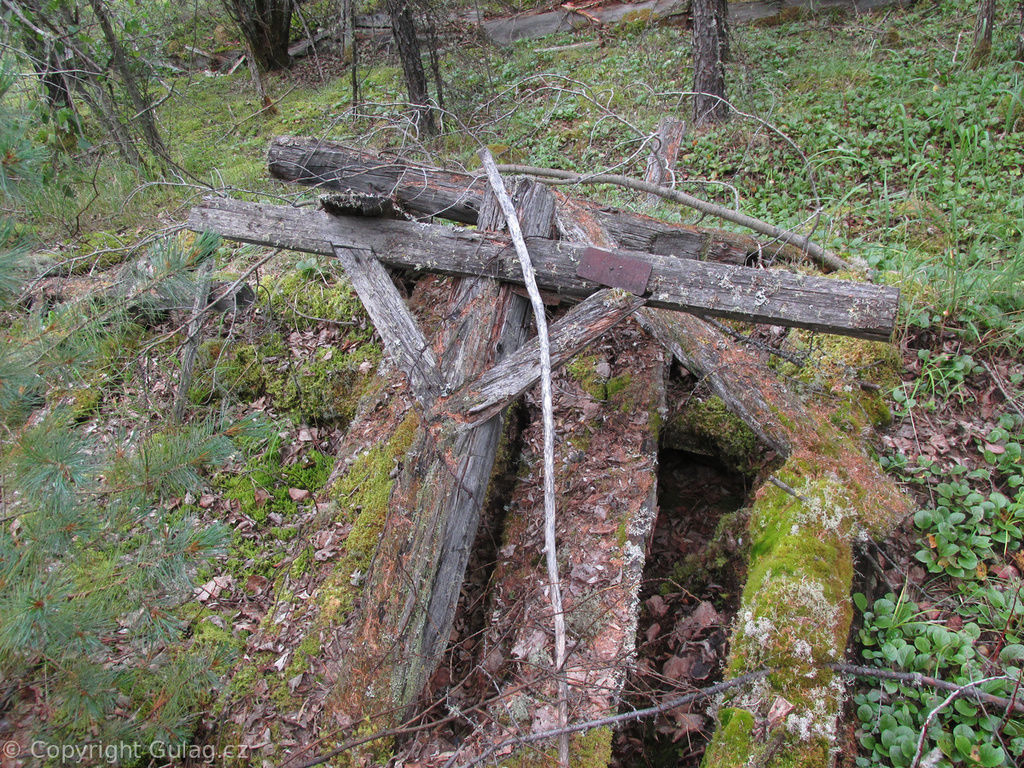