Soviet camp near the Barbora mine

This camp was located right next to the Jewish camp near the heating plant, just across the street. It was established in 1942 for Soviet POWs directly opposite the Jewish camp. 400–2000 people were interned there. In 1943, around 700 German Jews were temporarily placed there. After about 6 months they were transported to Poland and probably murdered in Auschwitz.

In the panoramic photograph the site of the camp is behind the green pipes. On the other side of the road where a warehouse stands now was the Jewish camp:

The camp was guarded by German guards – 60–70 men. Food rations depended on work performance, which meant that people died when their performance was low. POWs mostly worked in black coal mines Gabriela, Barbora and Hohenegger. At the end of January 1945, Soviet POWs were transported to the rear, but it is unknown where exactly. 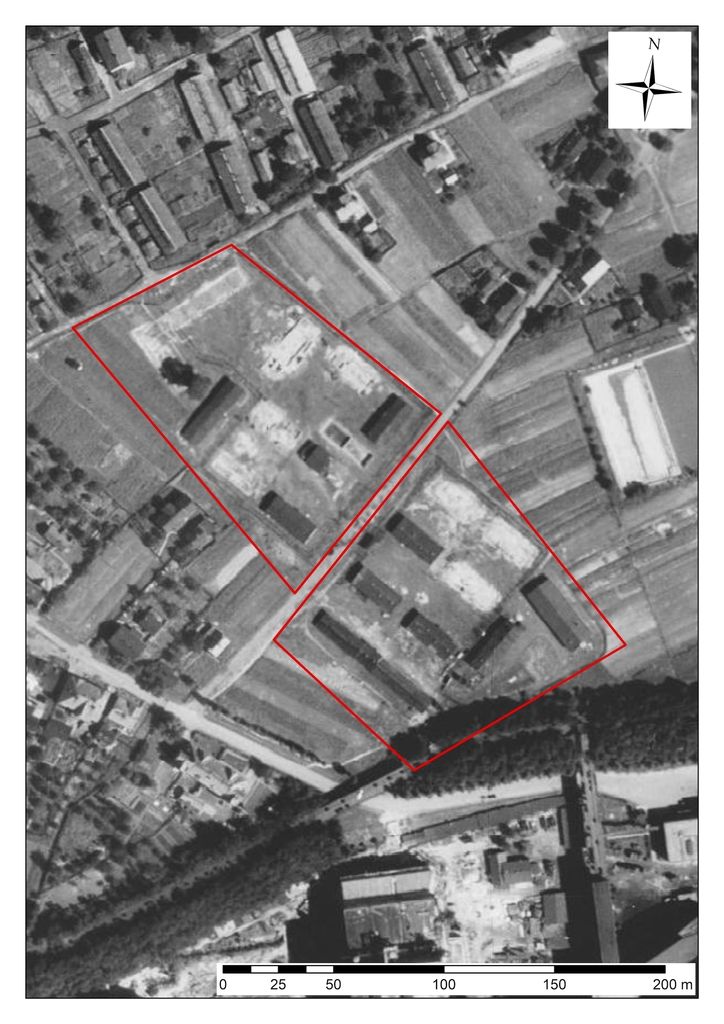 The site of the camp has been severely damaged several times, probably because it is located very close to the heating plant. It is characterized by made-up ground several metres thick and a great many recent artefacts that are clearly younger than the camp, maybe even contemporary. The site was clearly used as a dump.

Although we have discovered various terrain anomalies where the prison barracks used to be, including rectangular elevations and depressions indicating buildings, they cannot be identified as camp structures. We can see other buildings in the place of camp structures in orthophotographs from the 1960s. The whole site was obscured by later activities to which the detected terrain relics might belong. We can conclude that practically nothing remained of the former camp. 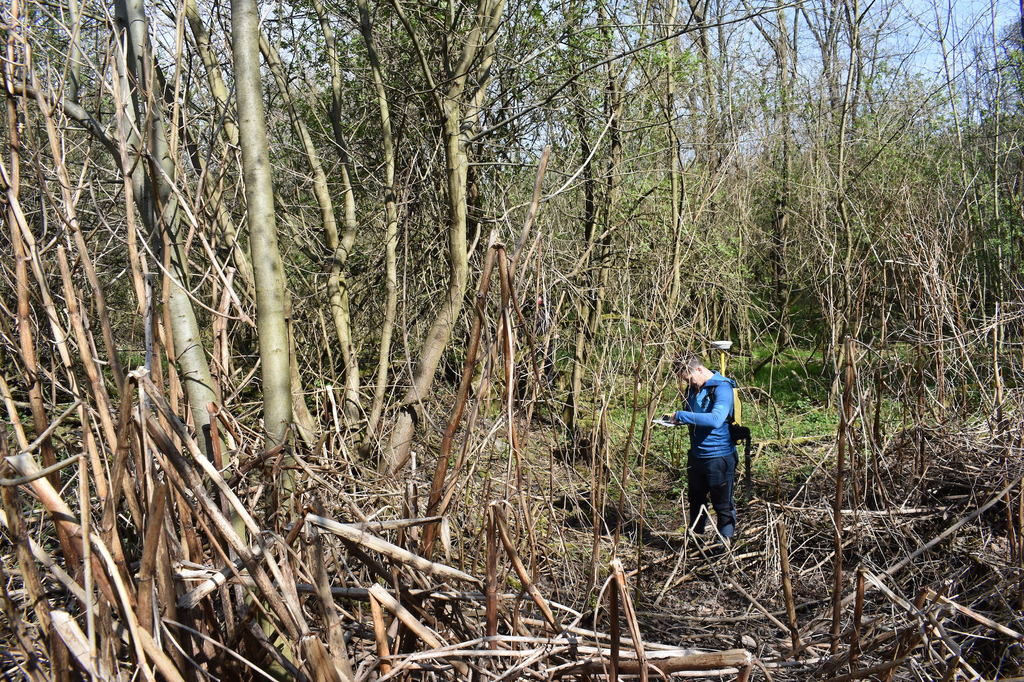 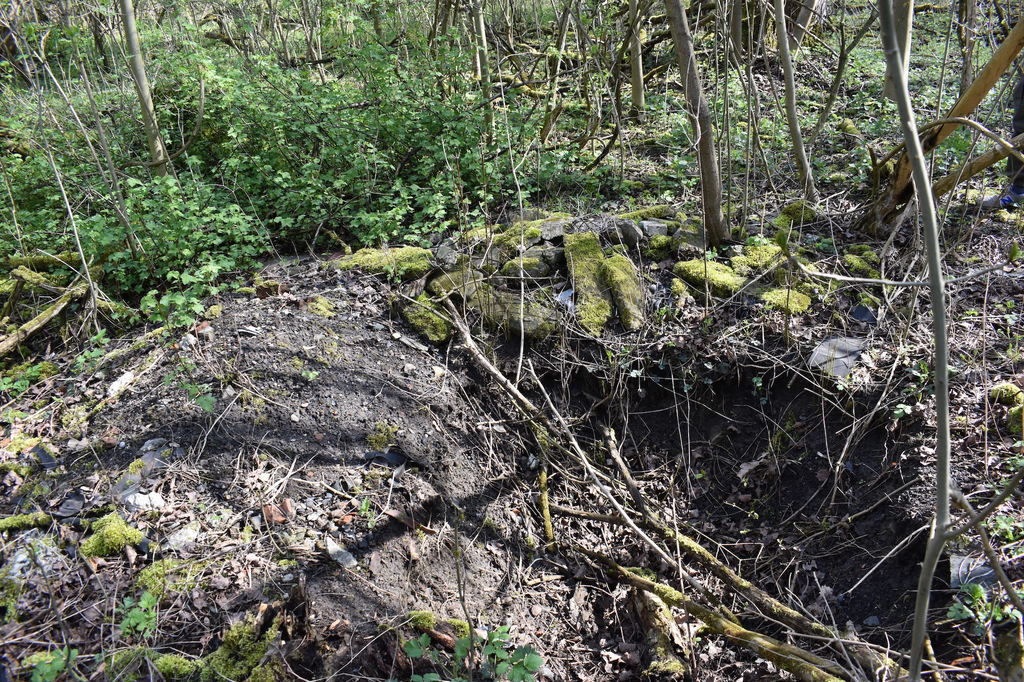 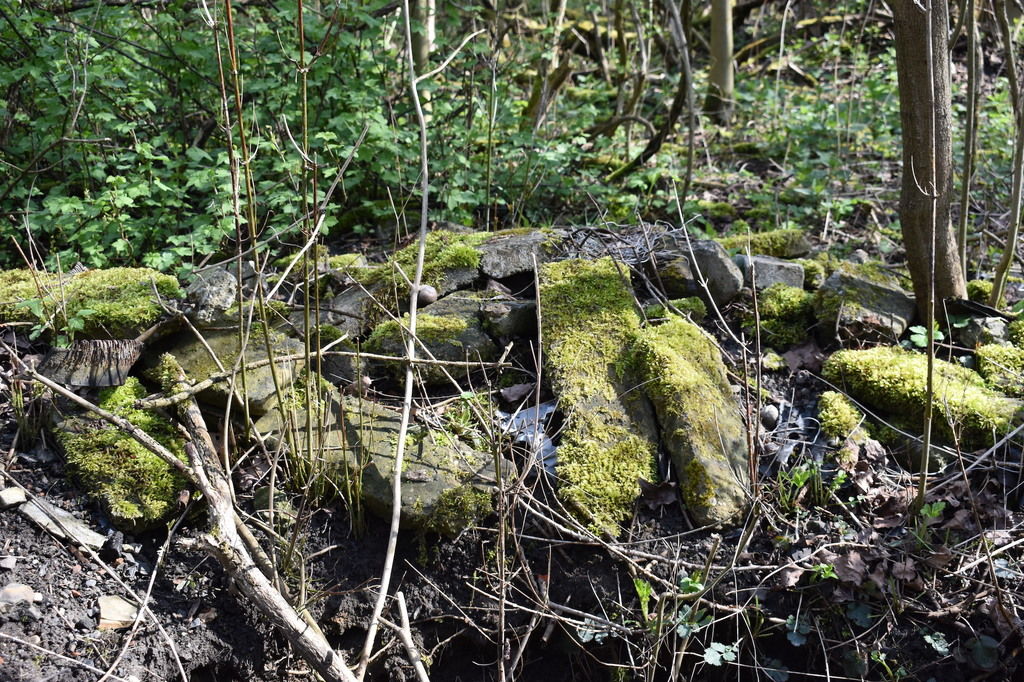 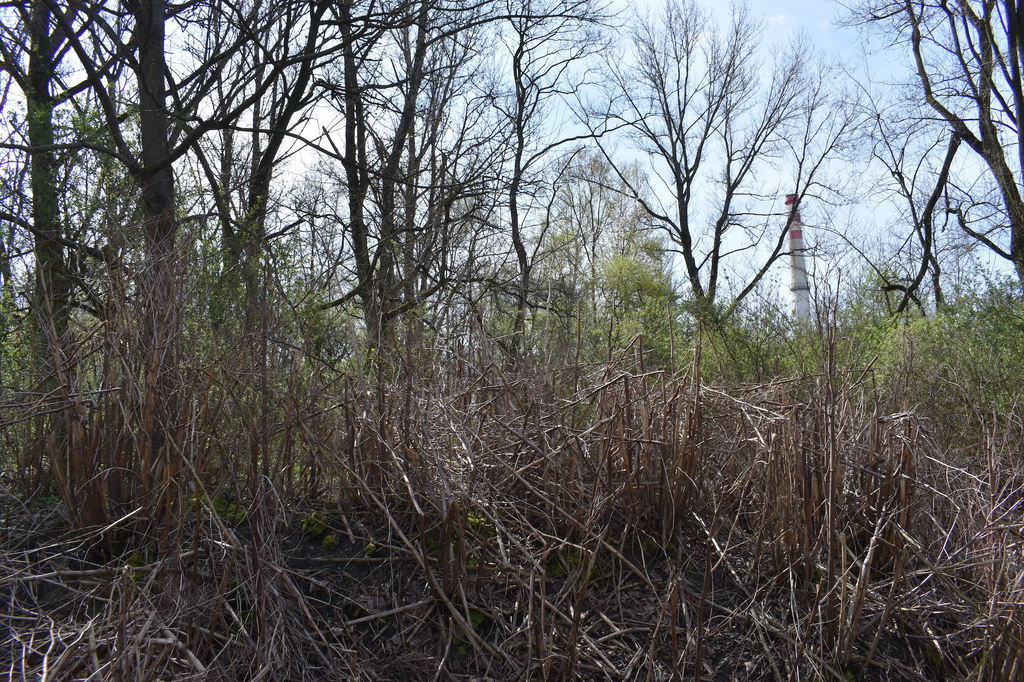 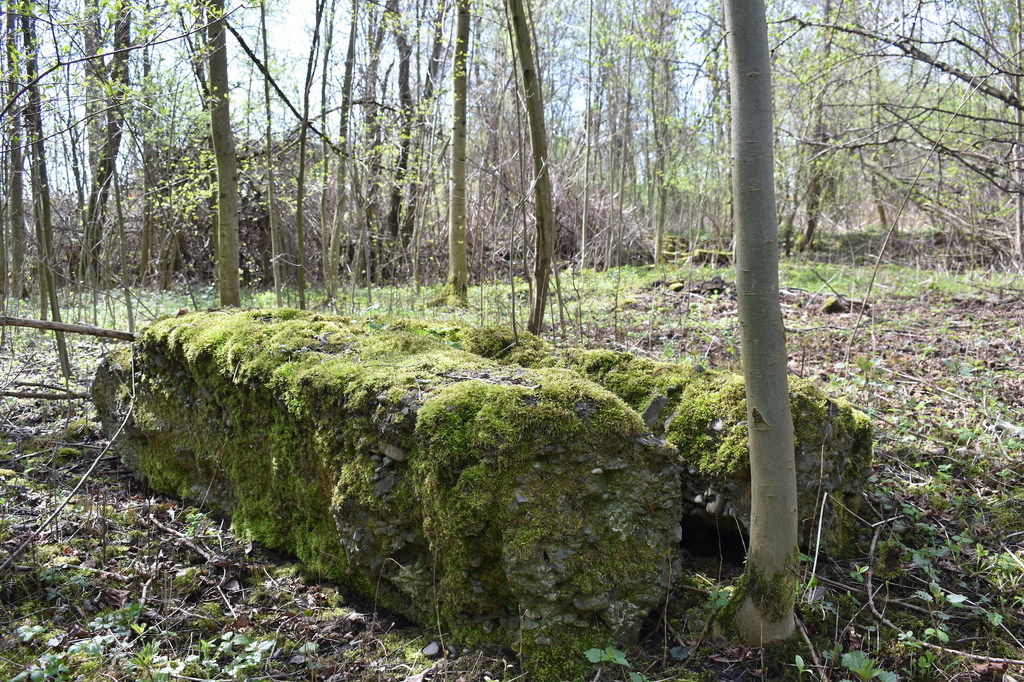 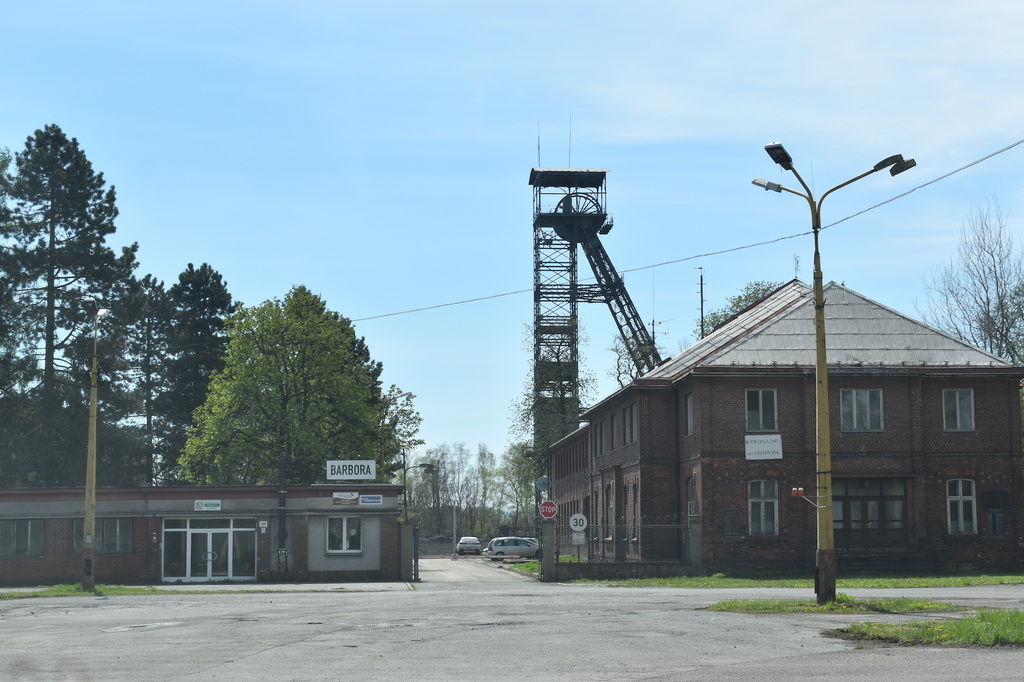