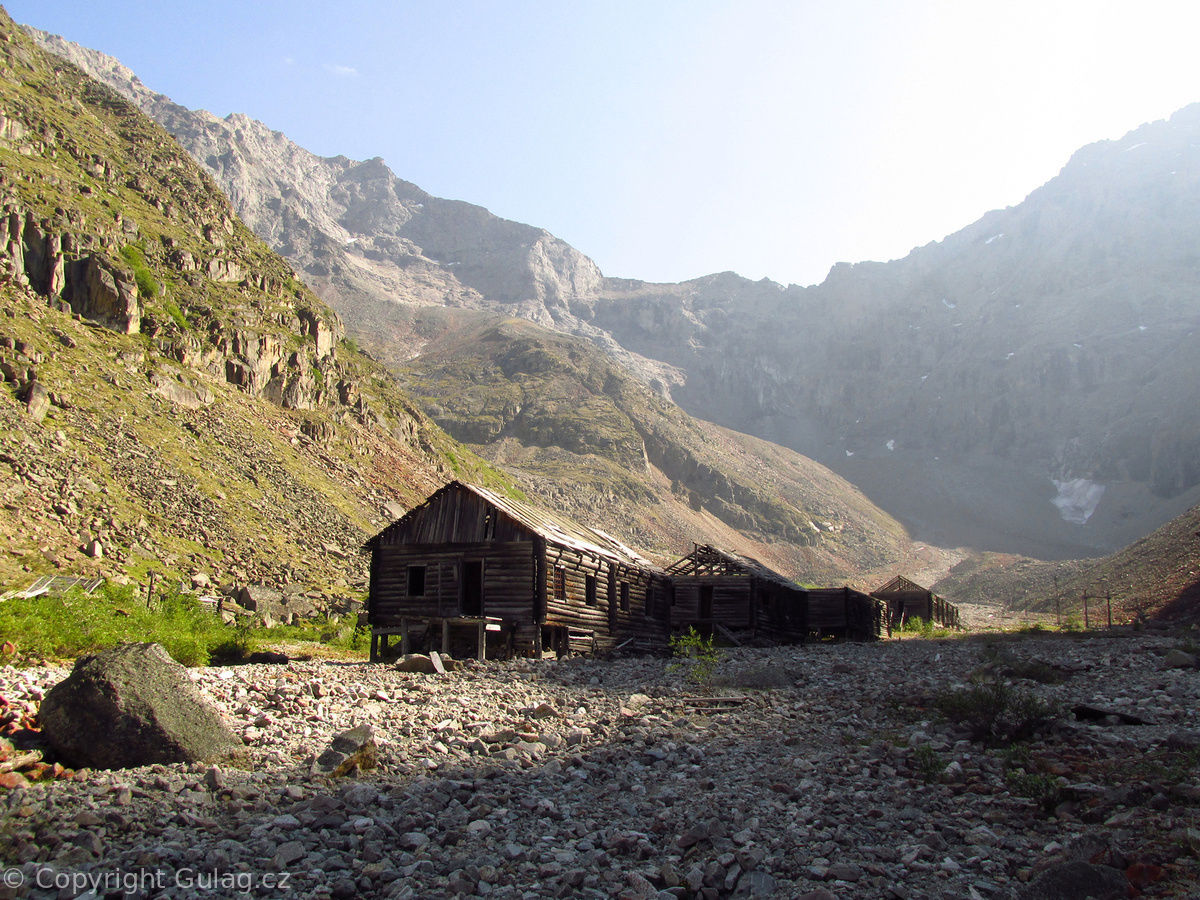 Video caption: A short demonstration of how we process field documentation. It is a solitary confinement in a camp in the “Marble Gorge” in the Kodar Mountains in eastern Siberia. We used one of the photogrammetry techniques called “Structure from Motion” for documentation. As its name suggests, it consists of creating a three-dimensional structure based on two-dimensional image sequences - a series of photographs that capture an object from different angles.
Although a number of other tasks are required to produce the final result, this technique is an extremely effective way of documenting - recording the current state of objects - and creating an accurate 3D models of the objects of the Gulag camps.
The field documentation was made by Lukáš Holata, its processing was carried out by Jindřich Plzák.

The Borsky corrective labour camp was established on 24 January 1949 and it was directly subordinate to the Main Camp Administration (GULAG) in Moscow. Its main purpose was to extract uranium ore, which at that time was a strategic raw material for the development of Soviet atomic weapons. When it was set up, the camp was located far beyond all the trappings of civilisation (the nearby Baikal-Amur Mainline was not completed until a later date) and almost 4,000 prisoners passed through it. It soon became apparent, however, that supplies of uranium were minimal compared to expectations and the camp was hastily closed on 3 October 1951. Thanks to the fact that it was quickly abandoned, as well as its distance from civilisation and the dry, icy climate high in the mountains, the remnants of the camp have been preserved in a relatively good condition to this day.

This time, the Gulag.cz team consisted of two members: the archaeologists Radek Světlík and Lukáš Holata The expedition began in the town of Chara, from where we headed toward the nearby mountains along the Sredny Sakukan River. There are at least two former camps situated by the river, but only a few dilapidated buildings remain from these settlements, comprising the remnants of uranium-processing plants, sawmills, and watchtowers.

Panoramic view: Walk through the camp in Sakukan river valley

Our main objective, however, was the Marble Gorge, which is situated on one of the side slopes at a height of 1,800-2150 metres above sea level, around 30 kilometres from Chara. The journey took us four days by foot thanks to heavily overflowing rivers. In this location, you can find the remarkably preserved remains of the “Marble Key” (Mramorny Klyuch) camp, which is where the actual extraction of uranium took place. We spent several days in the Marble Gorge documenting the remnants of the camp in detail as well as the mining itself. This was primarily done with the aid of panoramic photographs, photogrammetry, and other forms of surveying. Besides making a detailed description, our goal was also to make a 3D model of the camp and founded items.

Panoramic view: Travel around the uranium mine at Marble Gorge 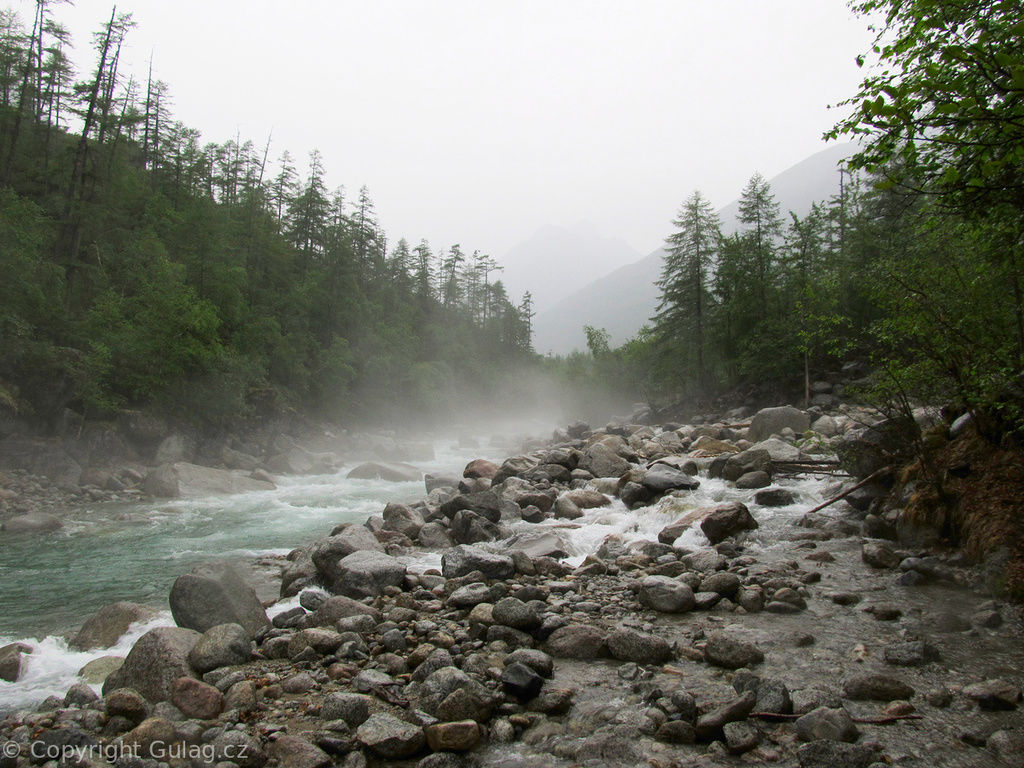 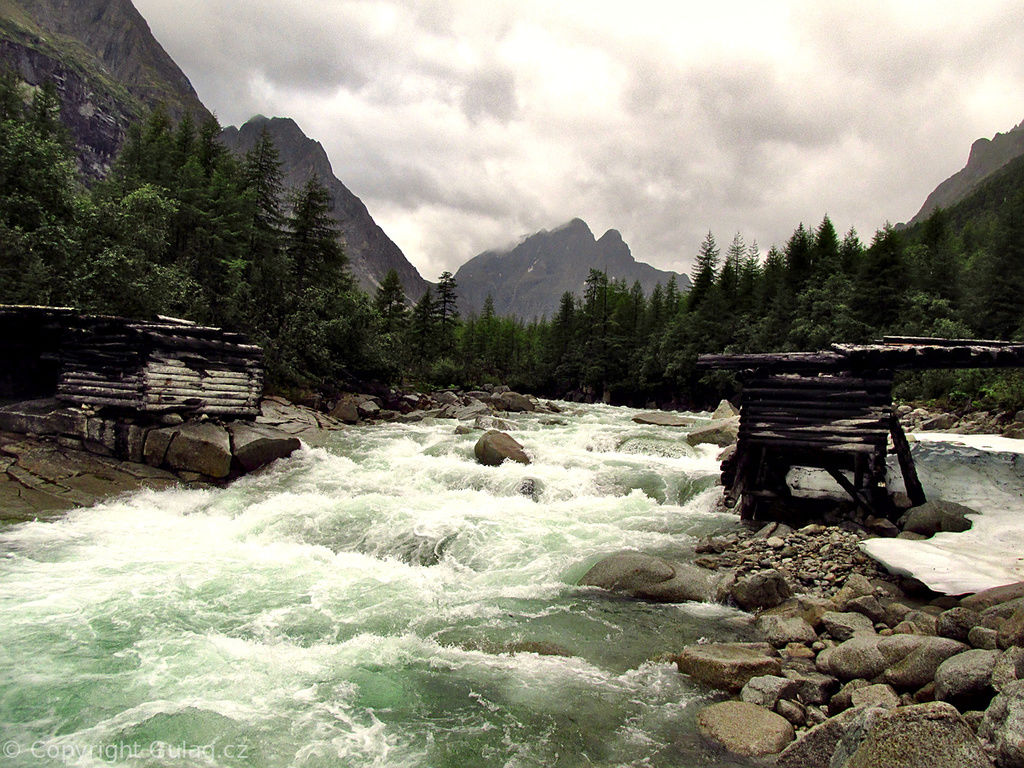 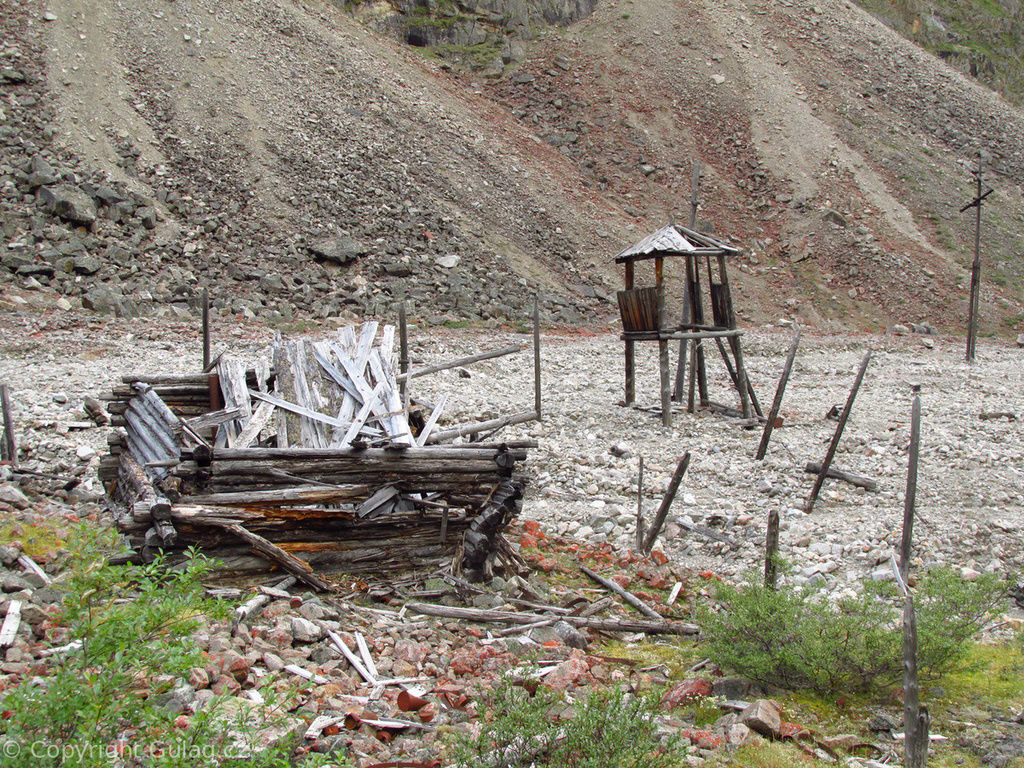 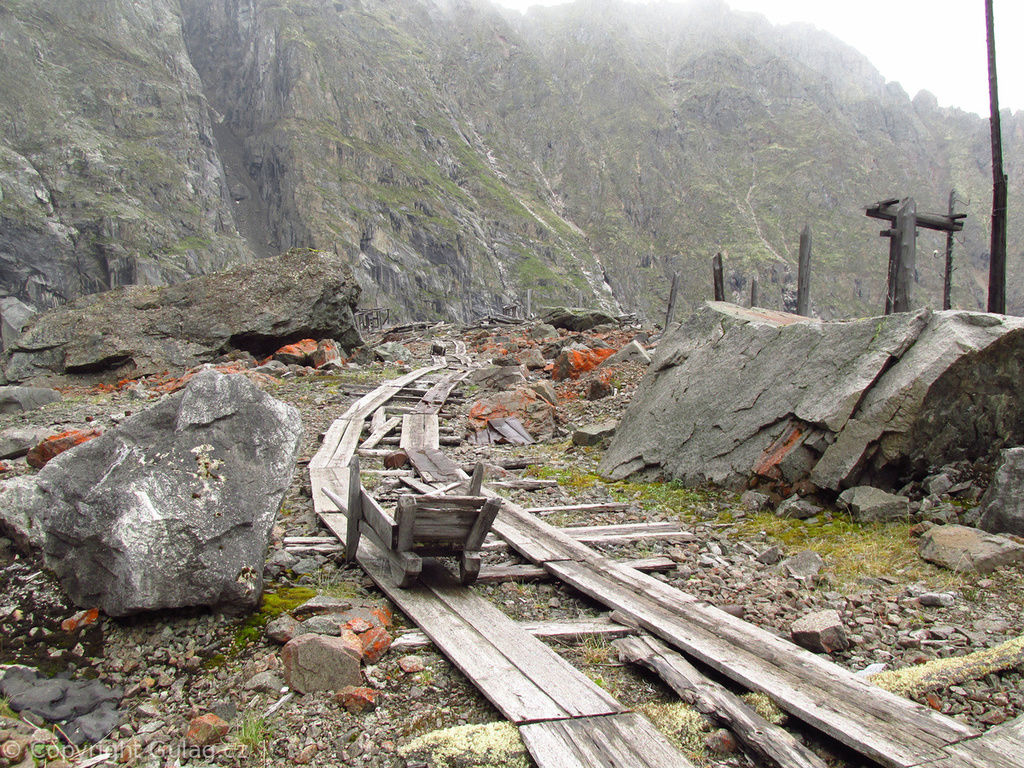 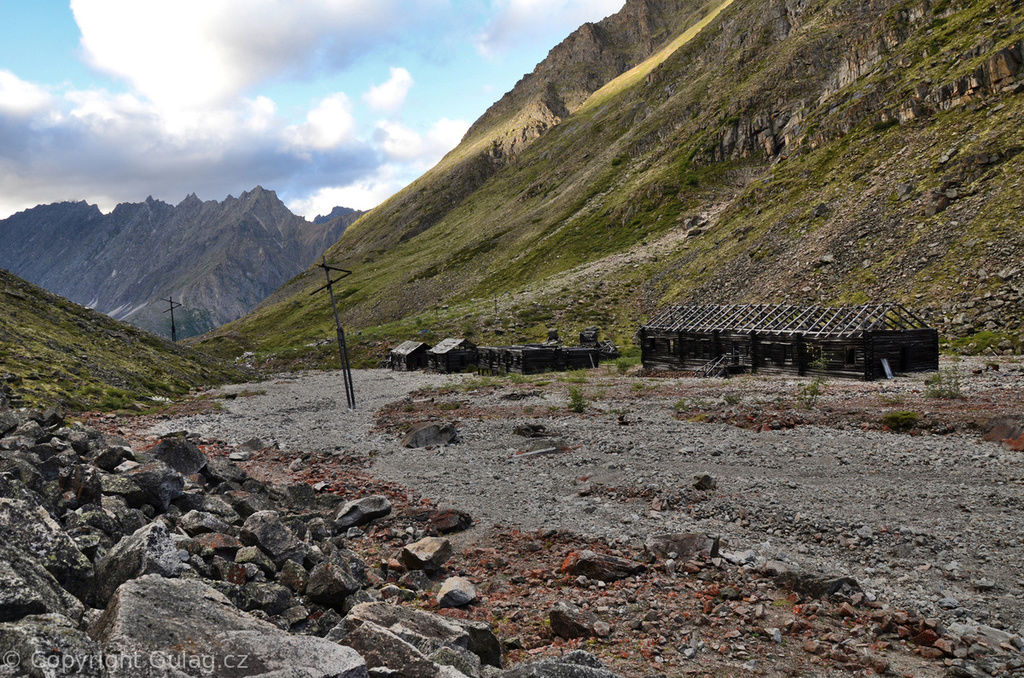 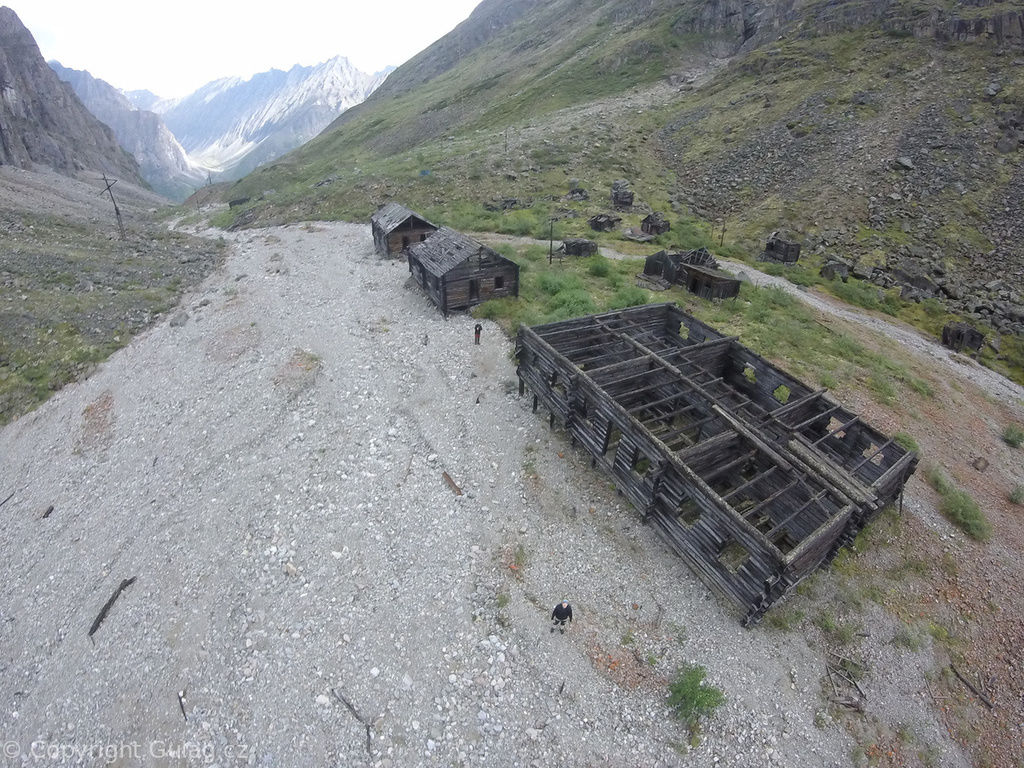 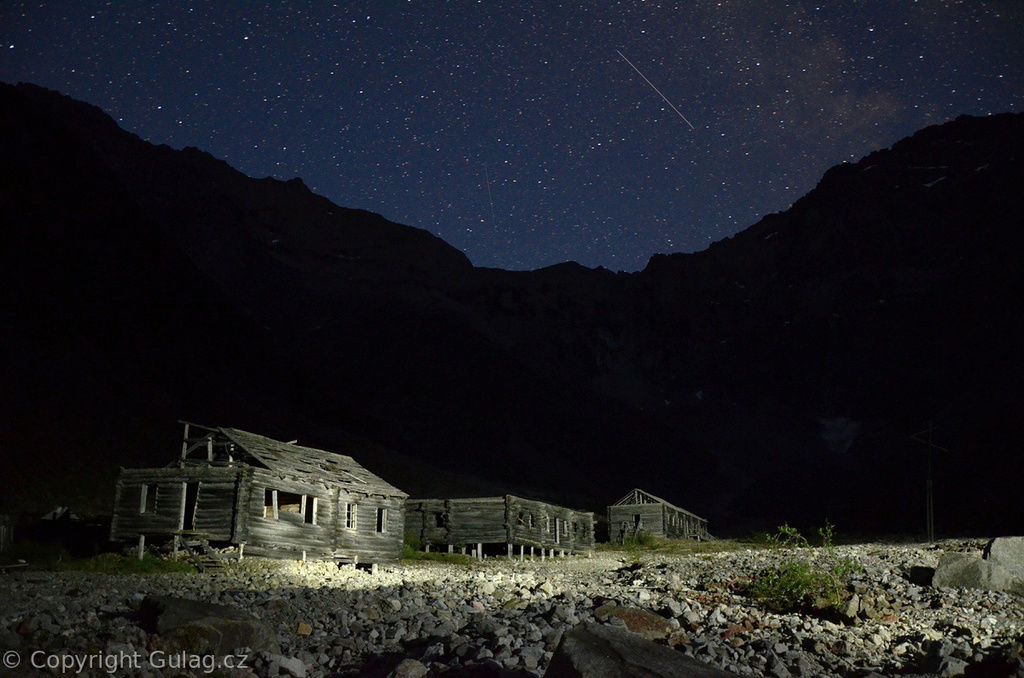 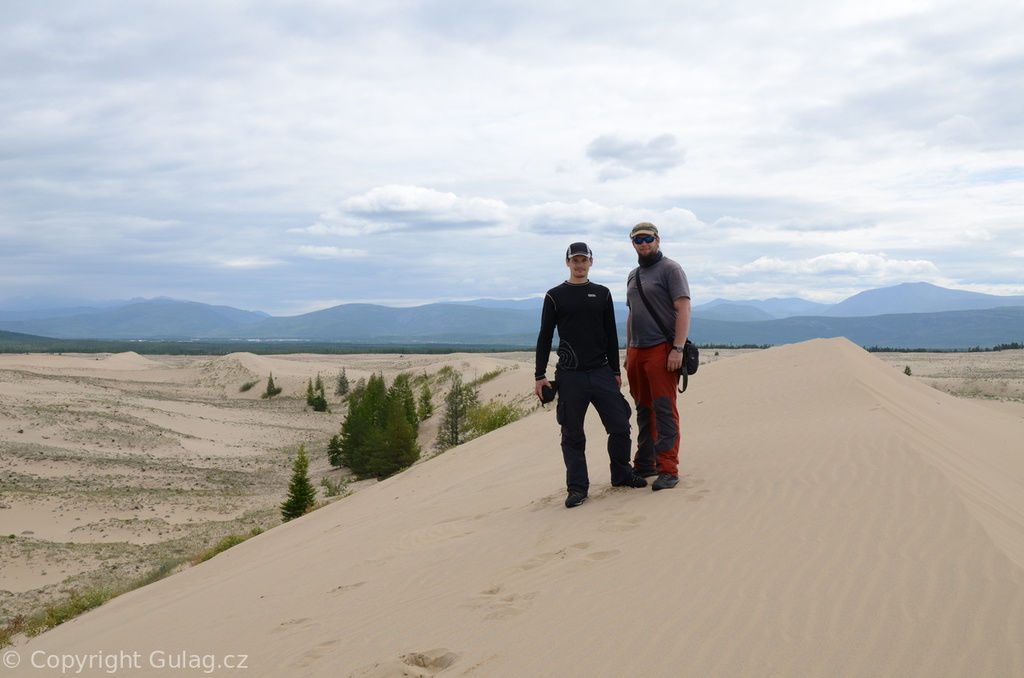 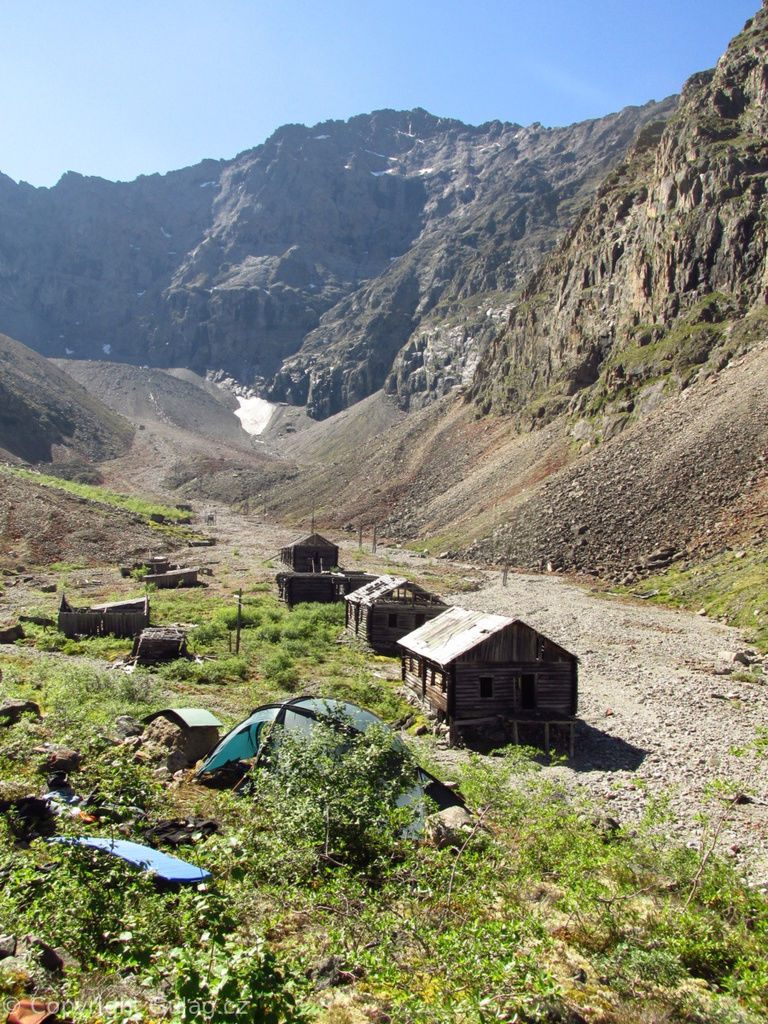